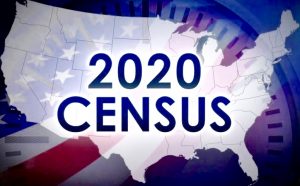 After a months-long delay due to the COVID pandemic, demographic numbers from the 2020 US Census report were released last month, revealing that the United States is more racially and ethnically diverse than at any point in our history.

The Census Bureau released data by race, ethnicity, sex, and age, as well as population numbers for counties, cities, towns and other smaller areas.

While interpretation of the demographic breakdown varies according to groupings, the overall trends are evident.

As required by the United States Constitution, the US Census is the decennial (every ten years) count of persons dwelling in US residential structures. They include citizens, non-citizen legal residents, non-citizen long-term visitors and undocumented immigrants, as well as US military and federal employees serving overseas. 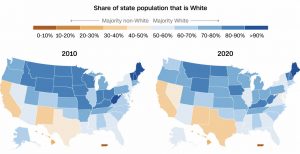 Under-18: While the country aged overall, the under-18 population became more diverse, with non-White minor residents accounting for 53% of the population, up from 47% in 2010.

The non-Hispanic White share of the US population fell to 57.8% in 2020, shrinking by roughly 6% since 2010, the largest decrease of any race or ethnicity.

The White population, however, remained the largest race or ethnic group in the United States, with 204.3 million people identifying as White alone.

They continue to be the most prevalent group in every state, except for California, Hawaii, and New Mexico, as well as D.C. and Puerto Rico.

The census numbers are also used to allocate roughly $1.5 trillion in federal funds for Medicare, Medicaid, education and other public services for local communities. 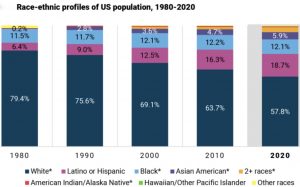 Race: People of color represent approximately 42% of the total US population in 2020, up from 36% in 2010. More than a third of the nation now lives in counties where people of color are a majority.

While the racial and ethnic groups have fluctuated over the past 40 years, the Latino or Hispanic population has continued to rise as now the second-largest, comprising 18.7% of the total population.

The Black share of the population has remained relatively constant over the last two decades at 12.1%, while the Asian American population has steadily increased, now at nearly 6%.

The multiracial category, added to the census only 20 years ago, is the fastest-growing group in the U.S. That could account for some of the decline of the white population as people of more than one race who previously chose white on the census form can now answer more accurately.

Most significantly, the census apportionment population counts are used to redraw or "redistrict" the new breakdown of the 435 US House seats among the 50 states, determining the geographic and political makeup of Congress for the next ten years. Tomorrow: The Rundown on Redistricting.