Yesterday, the US House of Representatives passed a War Powers Resolution to limit the president's ability to pursue military actions against Iran without congressional consent.

The action comes a week after Trump carried out a out a fatal January 3rd drone strike against top Iranian General Qasem Soleimani, without first notifying Congress, as required under the War Powers Resolution.

The White House defending their decision, saying that it was reacting to an imminent attack on a US embassy.

Concerns that Trump's action was leading the US into a war with Iran were further fueled after Iran, in retaliation, launched a missle attack Tuesday night on Iraqi bases housing U.S. troops. 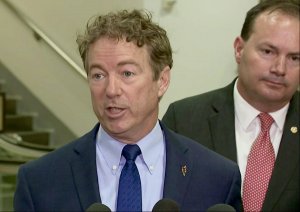 In a sharp departure from other colleagues, two GOP Senators close to Trump came away from the closed-door briefing on Iran with strong words of condemnation against the administration.

Speaking to reporters after the briefing, Utah Senator Mike Lee (R) called it "the worst briefing I've seen, at least on a military issue." Lee cited the administration's warning that Congress would be "emboldening Iran" if lawmakers debated Trump's war powers. Lee called it "insulting and demeaning to the office that each of the 100 senators in this building happens to hold...and to the Constitution of the United States."

Kentucky Senator Rand Paul (R), historically a strong ally of the President's, also denounced the briefing, calling it "less than satisfying." He further criticized the administration's claim that the president had the authority to order Soleimani's killing under a 2002 war authorization passed by Congress in the wake of the September 11, 2001 attacks.

"I see no way in the world you could logically argue that an authorization to have war with Saddam Hussein has anything to with having war with people currently in Iraq," adding it was ""particularly insulting to logic, the Constitution, and the intent of our founding fathers."

Both announced they would support a Senate resolution curtailing President Trump's military powers. 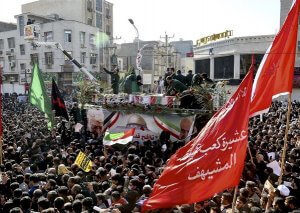 Thursday's bi-partisan House War Powers Resolution passed 224-194 with the support of three Republicans usually allied with the President, including conservative Congressman Matt Gaetz (R-FLA). Gaetz said, "Killing Soleimani was the right decision, but engaging in another forever war in the Middle East would be the wrong decision."

The resolution was not without Democratic detractors, however, including eight who voted against the measure. Most are in vulnerable seats which Trump won in 2016, including Congressman Anthony Brindisi (D-NY), who said, "I don't want to restrict this administration or, frankly, any administration's ability to respond to threats from Iran."

The House bill was introduced as a non-binding "concurrent resolution," which requires only the approval of both chambers of Congress and does not go to the president for his signature. While Republicans argue this makes the bill largely symbolic, Speaker Nancy Pelosi said, "This is a statement of the Congress of the United States. I will not have that statement diminished by having the president veto it or not."

Senator Tim Kaine (D-VA) has introduced a similar resolution in the Senate, but it is unlikely, in the Republican-controlled upper chamber, that there will be enough votes for passage.

The resolution is expected to come up for a vote next week, possibly around the same time the Senate will be debating the House articles of impeachment against President Donald Trump.

In presidential politics, a “Swing State,” or battleground state, is a state where no single candidate or party has the majority support to secure that state’s electoral college...

February 8, 2019 A month ago we published a list of the elected lawmakers and public servants we lost over the last year. Last night, a legendary leader was added to the list. John...