In unquestionably the most disastrous and undisciplined presidential debate in history, Joe Biden and Donald Trump faced off last night for the first time before the American people.

Despite the highly anticipated discord, there was no control over the bitter rankering between the two, but a painful exercise for the viewer, making it nearly impossible to discern between substance and nonsense. 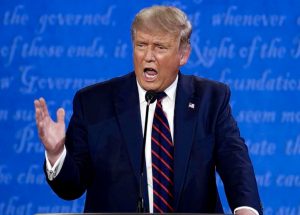 The debate, which took place in Cleveland, Ohio, was moderated by Fox News Anchor Chris Wallace, who lost control of the event from the outset.

Wallace had set the issues in advance as: 1) The Trump and Biden records, 2) The Supreme Court, 3) Covid-19, 4) the economy, 5) race and violence in cities, 6) the integrity of the election.

The topics were to be divided into six 15-minute segments, with each candidate allowed two uninterrupted minutes, but Trump repeatedly spoke over, and bullied, both Biden and the moderator in each instance -- volleying between subjects.

The lack of structure and substance makes it challenging, at best, to try to analyze any practical policy or political progress coming out of the debate, other than to highlight key moments.

With the clear intention of disrupting the statesman in Biden, Trump interrupted both Biden and Wallace during every question and answer past the first question on the Supreme Court nomination. 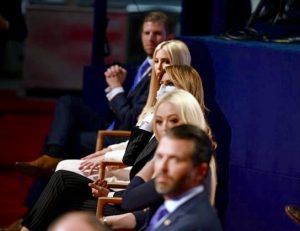 Trump's children were the only ones in the audience not to wear masks, against advice of Cleveland Clinic doctors (Jim Watson/AFP)

The exchanges became a series of acrimonious quips, universally turning away from the actual issue at hand, and mimicked a school yard exchange between two children, or that of teacher and child.

While Biden was able to maintain throughout most of the debate, he succumbed to the attacks and his extreme dislike of the President several times, calling him a "clown," a "liar" and telling him to "shut up."
At one point, the former Vice President said, "You're the worst president America has ever had," and "Keep yapping, man." 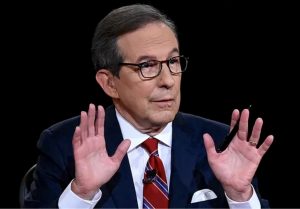 Wallace to Trump: "I think the country would be better served if we allowed both people to speak with fewer interruptions. I am appealing to you sir to do that." (AFP)

Trump was without shame in lobbing the insults, often with no factual base whatsoever, from Biden's nomination -- "If Pocahontas would have left two days early you would have lost every primary" -- to telling Biden, "You graduated either the lowest or almost the lowest in your class. Don't ever use the word smart with me. Don't ever use that word."

Trump's attempts to tie Biden to the left wing of the party were unsuccessful, "Your party wants to go socialist medicine and socialist healthcare." Biden pushed back effectively with "I support the Biden plan," saying, "The party is me. Right now, I am the Democratic Party."

Trump did little to change perception of his handling of the COVID pandemic which, according to polls, is among his biggest liabilities in the election. 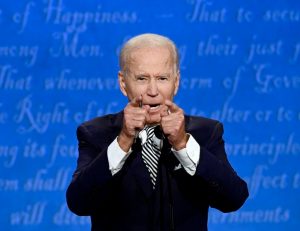 Unquestionably the most significant exchange of the night, however, came over the subject of racism and violence, when Trump pointedly declined to condemn white supremacists.

When Wallace asked Trump, who has repeatedly resisted denouncing white nationalists and supremacists, to make his position clear, Trump responded, "Sure, I'm willing to do that, but I would say almost everything I see is from the left wing."

When Trump asked Wallace and Biden to name a specific racist group, Biden volunteered the "Proud Boys," a far-right organization widely condemned as a hate group.

Trump's response was not of condemnation, but a call out to the group, declaring,"Proud Boys: Stand back and stand by," adding, "But I'll tell you what, I'll tell you what: Somebody's got to do something about Antifa and the left, because this is not a right-wing problem." 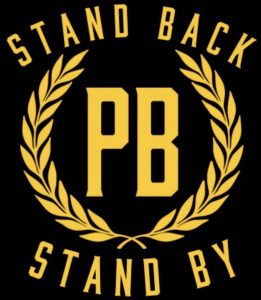 On the final subject of the integrity of the election, which seemed counter-intuitive at that point, Trump refused to say he would abide by the results of the election, saying, "If I see tens of thousands of ballots, I can't go along with that," and urged his supporters to go to polls and "watch very carefully."

Biden said he would abide by the results and urged calm.

The next match up between the two is scheduled for October 15th, in a town hall format. Let's hope it is not another train wreck.