The US Senate reached a deal this afternoon to end the Government shutdown, voting 81 to 18 to extend, for the fourth time, a temporary funding bill - this one through February 8th.  The US House concurred with their own vote of 266 to 150.

Congress is charged with appropriating funds by each September 30th for the following fiscal year. If lawmakers can't come to an agreement, they can either pass a continuing resolution (CR) to provide temporary funding while they pursue further negotiations, or shut down the government. 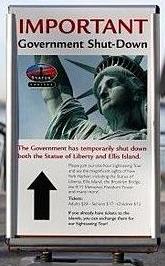 The Shutdown was nationwide (pic: BusInessInsider)

The StandOff
Democrats had balked on passing a CR without ensuring protection for "Dreamers" - a class of 800,000 undocumented immigr ants brought to the US as minors, and who have been protected from deportation under the Deferred Action for Childhood Arrivals (DACA).

Last September Trump rescinded the Obama-era program and the end of legas status for DACA participants as of March 5, 2018.

Republicans were insistent on funding for border protection and Trump's infamous "wall" between Mexico and the US.

Democratic leaders thought an agreement had been reached Friday following a closed-door meeting between Senate Minority Leader Chuck Schumer (D-NY) and President Trump Friday afternoon, but hopes for meeting the midnight deadline were crushed after White House staff pulled back on terms.

The result was the furlough of approximately 850,000 non-essential personnel who were prohibited from showing up for work Monday, day three of what Schumer has called "The Trump Shutdown." 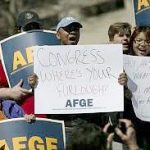 It is the eighth time the US government has fully shutdown since the current budget process was enacted under the Budget Act of 1974.

Standard and Poor estimates that one week of a government shutdown would cost the US economy $6 billion.

The Deal
Lawmakers worked through the weekend on the final resolution - struck in exchange for funding for the Children's Health Insurance Program (CHIP) and a commitment from Majority Leader Mitch McConnell (R-KY) to allow immigration reform bills to the floor in the next month. 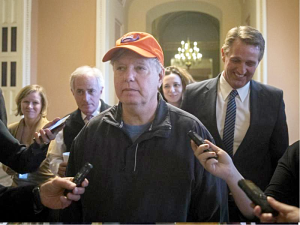 Graham (R-SC): "I hope the White House will come on board, but the Senate needs to lead because no one else is."

Key to the final agreement was the assurance by McConnell and other Republican leaders of a vote with or without the President's support before March 5th when DACA participants lose their legal status.

It would be the first time immigration reform would be taken up under Republican controlled leadership.

Senator Kamala Harris (D-CA), who voted against the bill, said it was "foolhardy" to believe McConnell's commitment to an immigration vote.

Ultimately it will still be up to President Trump to sign the bill into law.