The residents of Washington, DC, our nation's capital, voted in their primary Tuesday -- ensuring continued Democratic rule of the District's government, while approving a major game-changer for the District's restaurant industry. 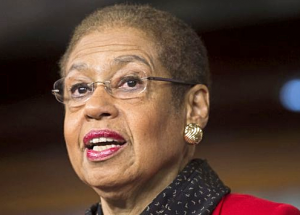 Eleanor Holmes Norton has been DC's elected Congressional Delegate since 1991

DC has had permanent, non-voting federal representation since 1970 when Walter Fauntroy was elected its Congressional "Delegate." The Representative is seated by the US Congress, may serve on committees, participate in debate, and introduce legislation, but cannot vote on the House floor -- a point of local and national contention for decades.

Separately, In a show of voting rights, DC ratified the election of "Shadow" Congresspersons from the District of Columbia under its "state" constitution in 1982. Since the act was not officially approved by the US government, however, the representatives are not officially sworn in or seated by Congress.  The first Shadow Senators were Jesse Jackson and Florence Pendleton, elected in 1990. 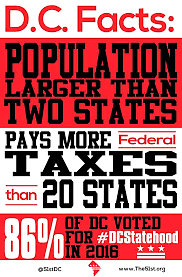 Residents of the District of Columbia support Statehood, but Congess has sole authority to grant

Highlights: In the true blue US Capitol City, where three-in-four registered voters are Democrats, the winners of the Democratic primary are all but guaranteed election in November.

With all 143 precincts reporting, the reigning Democratic incumbents, from Mayor Muriel Browser to Council Members, swept their primary contests Tuesday.

The key contest in Tuesday's primary was not one for elected office, but the battle over ballot Initiative 77 --  a controversial measure to eliminate the tipped minimum wage in favor of a one-wage system by 2026.

The referendum, however, could still be repealed or amended by the City  Council. The Mayor and many of the Council members, along with restaurant owners, are opposed to its enactment. 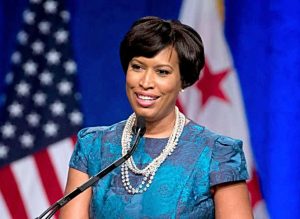 As we go full speed into the second half of the presidential nomination calendar, an update on key 2016 political dates.

May 23, 2018 In yesterday’s Dixie Primaries in Arkansas, Georgia, Kentucky, and in the Texas runoff, women continued to triump at the ballot box, including, potentially...