Day 24 of the Goverment Shutdown. 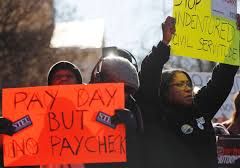 While business inside the US Capitol resumes at a heady pace this week, the rest of Washington, DC is eerily quiet.

The Smithsonian museums that line the National Mall and the National Zoo are closed. Void of thousands of government workers and operations, hotels, restaurants and taxis are empty, and trash is piling up at some of our country's most treasured monuments.

The impact of the President's federal shutdown, however, extends far beyond the visual impact to the capital city as Trump continues to hold the nation hostage over his demand for $5.7 billion for a wall at the US-Mexico border.

The shutdown has affected delivery of Government programs, funding and services to nine departments and other agencies, including those critical to working families, national security, health and environmental safety.

Some of the Services that are cut or reduced while the government is shut down include: 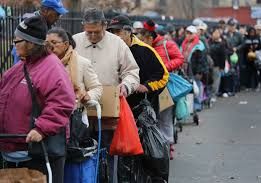 Commerce
*  Furlough of 86% of employees
*  Publication of the Bureau of Economic Analysis and Census data, including data on personal income, inflation, gross domestic product, new-home sales, housing construction, trade and more.
*  Data used by traders and businesses to plan investments, and information used by the Federal Reserve to make decisions about the country's interest rate. 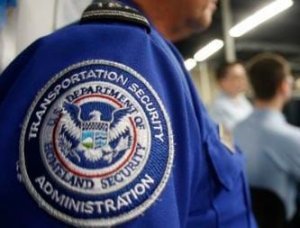 Food and Drug Administration
*  A majority of domestic food safety inspections and all food-processing facility inspections
*  Foreign food inspections will continue, as will monitoring and response, with anticipated delays, to outbreaks of food poisoning, the flu, food and medical product recalls. 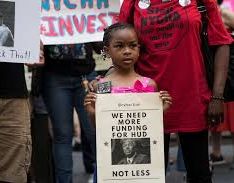 Housing and Urban Development
*  Furlough of 95% of employees
*  Renewal of 1,150 HUD federal rental assistance contracts with property owners. Another 500 agreements will expire at the end of January.
*  More than 1.2 million low income families and elderly housed in the HUD-subsidized, multifamily properties are in danger of losing homes and/or being evicted. 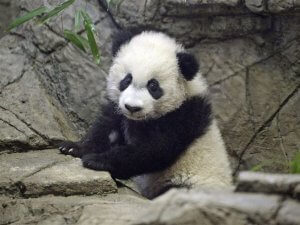 Justice
*  Paychecks for 84% of federal employees still working, including FBI, US Marshals Service, Bureau of Alcohol, Tobacco, Firearms and Explosives, Bureau of Prisons, and the National Security Division that prosecutes espionage cases.*  Delay of almost all federal civil cases, including discrimination cases, whistleblower cases, disciplinary cases, retaliation actions taken against federal employees.
*  Delay of thousands of immigration court cases
*  The FBI Agents Association has called for an end to the government shutdown, asserting that the bureau's diminished resources put national security and investigative operations at risk. 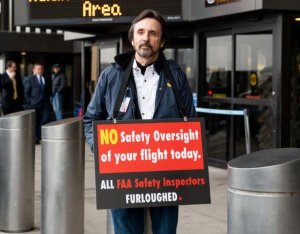 State Department
Furlough of 42% of US employees and 26% percent of overseas employees, including 1/3 of those charged with defeating ISIS.

Treasury
*  Furlough of 83.3% of employees
* Some IRS employees are being recalled to distribute tax refund checks and mortgage lenders programs.
*  The Alcohol and Tobacco Tax and Trade Bureau, which collects taxes and enforces regulations on alcohol, tobacco, firearms, and ammunition, is closed.
*  Treasury's Financial Crimes Enforcement Network (FinCEN) will not be working on regulatory guidance or rulemaking. 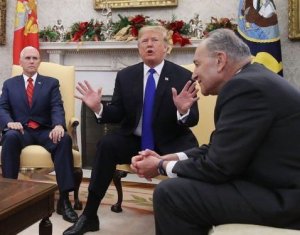 Status
President Trump declared he would "be proud to shutdown the government," over the border wall issue, said he will veto individual appropriations bills for opening the government that House Democrats plan to pass this week.

In the interim, a lawsuit that claims Trump violated the emoluments clause with his Trump International Hotel in Washington has been put on hold indefinitely amid the shutdown.

Related
DemDaily: When a Government Shuts Down 12/18/19

Tonight’s Presidential debate between Hillary Clinton and Donald Trump is expected to draw one of the largest television audiences in history, with a projected 80-100 million viewers.