Monday's theme is "We the People," with a look at the monumental challenges we are confronting as a country. The COVID-19 pandemic continues its rampage, tens of millions of people are out of work, and America is confronting the racial injustice that has marginalized too many people.

Throughout our history, when we stand united, we can overcome anything. We'll hear from "we, the people," the many Americans who are rising up to take on these three crises: unite our country, and join Joe Biden and Kamala Harris in rebuilding the country and moving it forward.

Day Program (All times are EDT) 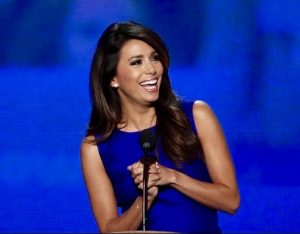 Democratic Activist and Actress Eva Longoria will kick off the night 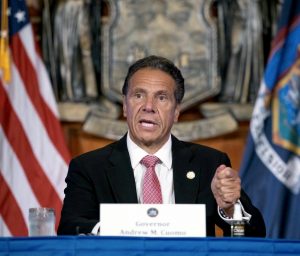 We The People Helping Each Other Through COVID-19
Remarks: New York Governor Andrew Cuomo
Remarks: Kristin Urquiza, a woman whose father lost his life to COVID-19.

Healthcare Workers on the Front Lines: A conversation with a doctor, paramedic, and two nurses on the front lines of the pandemic and what's at stake in this election for America's essential medical workers. 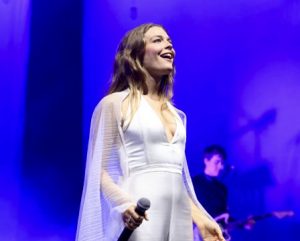 "United We Stand": Former 2020 Democratic candidates for president of the United States will come together once again to talk about why they ran, what they're fighting for, and why they believe Joe Biden will bring the nation together, move the nation out of crisis and chaos, and move us forward.
Featuring: Vice Presidential Nominee and Senator Kamala Harris, Senator Cory Booker (NJ), Senator Kirsten Gillibrand (NY), Governor Jay Inslee (WA), Senator Amy Klobuchar (MN), Congressman Seth Moulton (MA), Former Congressman Beto O'Rourke (TX), Tom Steyer (CA), and Andrew Yang (NY). 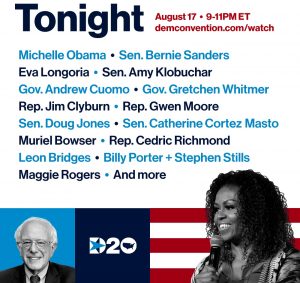 February 24, 2021 This is a busy week for advancing the confirmation of President Biden’s Cabinet, with the approval of two members and hearings for four nominees. With the confirmations...

July 30, 2021 We are now halfway through the 2021 Summer Olympics and the USA is leading the competition with 41 medals, with China just one behind and the Russia Organizing Committee following...