The wave of sexual harrassment allegations against high profile figures may have started with the entertainment industry, but it has now spread to the Halls of Congress.

As more victims are empowered to come forward, and with President himself still haunted by similar accusations, the question becomes who will serve as the conscience for Congress, and what legal entities will hold lawmakers accountable for their actions? 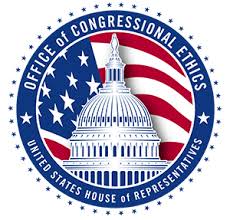 The highly confidential ethics process is unknown to most, in or outside of politics, as is the fact that it was changed just one day prior to the first convening of the current 115th Congress.

The Conscience of Congress
Each of the three branches of US Government has offices that oversee the ethical conductof elected officials, officers, and employees.

OCE was created in 2008 by then-Speaker of the House Nancy Pelosi to clean up the "culture of corruption" in official Washington, which helped sweep Democrats into the majority in 2006. 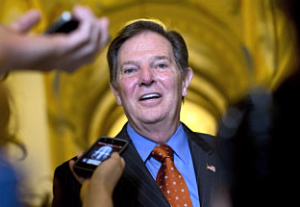 The independent, non-partisan entity, comprised of eight private citizens became the clearing house and conscious of the Congress, a role previously exclusive to the House Committee on Ethics.

In the first Congressional session of its operation, the OCE garnered widespread praise by watchdog groups and the national media for bringing transparency to the ethics process - publishing referred cases on its website, and initiating further investigations into dozens of House lawmakers on both sides of the aisle.

But the aggressive nature of the committee also brought criticism and attempts to gut the power of the office, which requires reauthorization at the beginning of each new Congress. Following the 2016 elections, House Republicans came close.

The new rules also prohibit the OCE from independently releasing public statements on pending or completed investigations, leaving decisions on disclosure to the Ethics Committee. 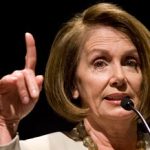 Pelosi on 2017 Rule Change, "Ethics are the first casualty of the new Republican Congress"

Referral to Committee: The OCE board then refers the matter to the House Ethics Committee with a report and recommendation for or against further review. Should the Committee, which now has exclusive jurisdiction to find violations and impose punishment, find further review warranted, it must then publish the report.

The US House Committee on Ethics
The Ethics Committee, which includes an eveningly split five Republicans and five Democrats, then proceed with their own, largely confidential, process. After their review, this may result in no further action or:

Letter of Reproval chastising the legislator. This is most common, athough still rare (the Committee issued only two letters of 78 investigations reviewed).

Stronger action, such as a Fine, Removal of Privileges, Reprimand, Censure or Explusion, requires creation of an Investigative Subcommittee for the individual case.

If the subcommittee concludes there is a violation of House rules, it would lead to a public hearing by the full committee, which would send a recommendation of sanctions to the full House for a vote. A simple majority is required to impose most sanctions, while explusion from Congress takes a two-thirds vote. 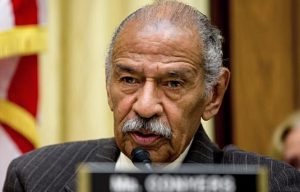 Congressman John Conyers (D-MI) is being investigated by Ethic Committee