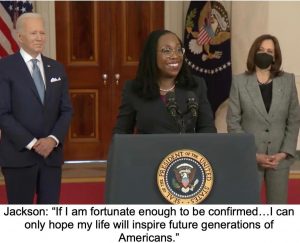 On Wednesday, the Senate Judiciary Committee announced that confirmation hearings for President Joe Biden's United States Supreme Court nominee Judge Ketanji Brown Jackson will begin March 21, with Democratic leaders determined to bring the nomination for a vote before the full Senate by April 8.

The Nominee
On February 25, Biden announced the historic nomination of Jackson to be the first Black woman on the US Supreme Court (SCOTUS).

Jackson currently sits on the US Court of Appeals for the District of Columbia, the country's second most powerful federal court. She has served as a federal appellate judge, a federal district court judge, a member of the US Sentencing Commission, an attorney in private practice, and as a federal public defender. 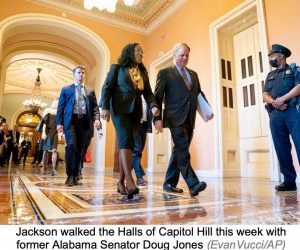 A Miami, Florida native and Harvard Law School graduate, Jackson also clerked for Supreme Court Justice Stephen Breyer, who announced his retirement January 27, and whom she will repace on the High Court if she is confirmed.

Jackson has successfully navigated the Senate confirmation process three times -- most recently in June 2021 when Biden nominated her to the US Court of Appeals for the DC Circuit. The bipartisan 53-44 vote included all 50 Democrats and three Republican Senators -- Susan Collins (ME), Lindsey Graham (SC) and Lisa Murkowski (AK).

The Senate previously confirmed Jackson to the US District Court for the District of Columbia by voice vote in March 2013, and by unanimous consent as Vice Chair of the US Sentencing Commission in February 2010.

The Process
When the President nominates a candidate, the nomination is sent to the Senate Judiciary Committee for consideration. 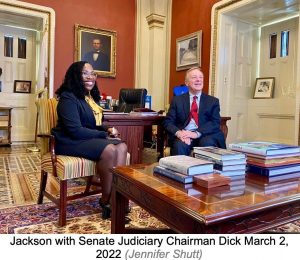 The bipartisan committee schedules the first of what is usually four days of hearings, the first for introductions, followed by two days for questioning and one day for testimony from additional witnesses.

In advance of hearings, Committee staff will start vetting the nominee, researching rulings, publications and public statements, while securing all necessary records from the FBI and other sources regarding the nominee in preparation for the hearings.

During the publicly televised hearings, witnesses, both supporting and opposing the nomination, are interviewed. Senators will question the nominee on their qualifications, philosophy, personal life and possibly financial affairs.

The Judiciary Committee then votes on the nomination and sends its recommendation to the full Senate. After a floor debate, the Senate will vote on confirmation, which requires a simple majority of 51 votes. If there is a tie, the Vice President, who also presides over the Senate, casts the deciding vote. 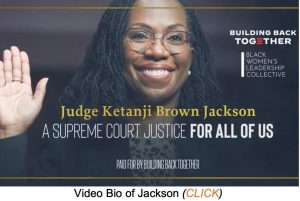 Since 1975, the average time between nomination and Senate vote is 68 days. The fastest of the last five decades was the October 2020 confirmation of Justice Amy Coney Barrett, who was seated in 27 days by a 52-48 vote down party lines. It was the first time since 1869 that a nominee failed to win a single vote from the opposite party.

Although historically SCOTUS nominations garner more bipartisan support from the once collegial Senate, that era ended with Breyer's own 1994 nomination. Breyer garnered 100% of Democratic senators and 79% of Republicans, accounting for 90% of the total votes cast. Justice Robert's 2005 nomination, which received the vote of 69% of the Senate, was the closest.

In The Interim
Jackson's confirmation process, which is being shepherded by former Democratic Alabama Senator Doug Jones, began this week with individual meetings with US Senators from both sides of the aisle.