The Cabinet
Nine of the 15 Cabinet or Executive Departments heads have now been confirmed, as well as five of the seven "Cabinet-level" positions. 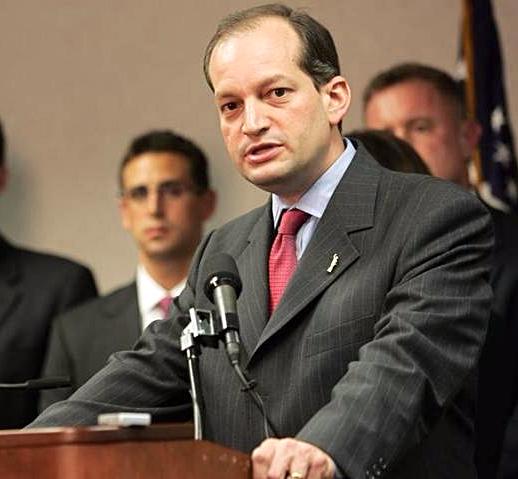 In addition to the Cabinet (which also includes the VP and WH Chief of Staff), there are approximately 1200 positions that require Senate confirmation, 696 of which are considered "key." Total Confirmed To-Date: 34

Most of this week's controversy surrounded the Trump administration's first resignation. National Security Advisor Michael Flynn stepped down after just 24 days on the job due to scrutiny over unauthorized calls to Russian officials prior to being sworn in.

Puzder's replacement, Alexander Acosta, is currently Dean of the Florida International University College of Law, a former member of the National Labor Relations Board, an Assistant Attorney General for Civil Rights under George Bush and US Attorney for Florida's Southern District. He is expected to be confirmed.To-date only two Trump nominees have dropped out prior to the hearing stage - Secretary of the Army (non-cabinet) pick Vincent Viola due to business conflicts, and Secretary of Labor (Cabinet) nominee Andrew Puzder - who withdrew following Republican concerns over negative business and personal allegations.

The Confirmation Count
Confirmed by the US Senate
Approved by US Senate Committee: Pending Full Senate Vote

DemList will keep you informed! Pass it on!

December 13, 2017 Welcome to the US Senate Doug Jones! Yesterday’s spectacular Democratic victory in the Special Election to fill the Senate senate vacated by Jeff Sessions was a resounding...