One of the fundamental tools of our democracy is the Census.

The counting of all of America's residents provides the framework for equal representation in Congress, funding for state infrastructure, public and community programs that benefit all US inhabitants.

The last national census was held in 2010 and the next census is scheduled for 2020.

Why is it important?
The Census count is used to redraw congressional districts, which affects the makeup of Congress -- so ensuring a fair and accurate count in 2020 is critical to the subsequent redistricting process.

The numbers from the Census are also used to make decisions on $675 billion per year in federal, state and local funding for new schools, roads, health care facilities, child-care centers and senior centers.

They also provide the basis of countless government and academic studies that drive public policy decisions from The Capitol to statehouses and city halls. 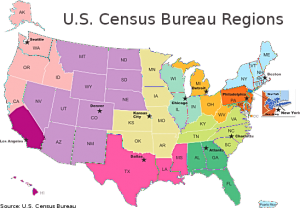 The Census and Redistricting

Although the total number of 435 US Congressional Districts (CDs) was established under the 1929 reapportionment act, the  number of districts designated to each state is based on population - hence, the numbers provided by the Census.

Each CD is currently apportioned to represent approximately 711,000 people (2010 Census) and how the new boundaries are drawn for each is determined by individual state constitutions and laws.

Each state is different, but the majority of redistricting plans are drawn by the state legislatures (often subject to approval by the state's Governor).

How are we counted?

The U.S. Census Bureau sends questionnaires in the mail or contacts businesses and households to participate in its surveys.

The Department of Justice had asked the Census Bureau to add the citizenship inquiry, last used in 1950, to the 2020 questionnaire -- claiming the information is needed to address suspected voter discrimination and to enforce voting rights.

Other Proponents say the question is necessary for an accurate statistical count, while opponents claim it will suppress participation by many immigrants and non-citizens who would distrust the confidential use of the information provided.

The citizenship question is opposed by democratic lawmakers and Latino leaders, who also point to the millions in cost to the taxpayer to add and implement the question.

The state of California is suing the Trump administration arguing that the proposed citizenship question is unconstitutional and will intimidate immigrants resulting in inaccurate data on minority communities.