Emotions were high yesterday at the House Judiciary Subcommittee hearing on the reauthorization of the September 11th Victim Compensation Fund.

Among the most passionate voices in the room of 9/11 victims, first responders and their families, was one of their most famous advocates, comedian Jon Stewart. 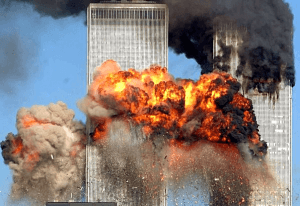 It has been close to 18 years since a group of al-Qaeda terrorists hijacked four airplanes and, in a coordinated plan, carried out the worst terrorist attack in our country's history.

3,000 Americans were murdered that day, including 343 firefighters and 71 police officers.

While a new generation of Americans learn about the devastating assault on our country every September 11th, those of us living during the attack will forever remember where we were at the time, and the reality that pierced our way of life and the seemingly safe bubble of our homeland.

But for the families of responders and victims who subsequently died from toxic exposure, and the thousands of those who continue to suffer long-term health effects, the assault is still very real.

The numbers continue to grow. The tragedy is not over. 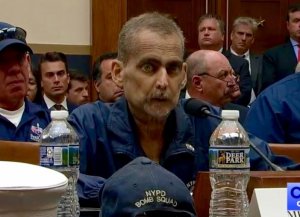 Retired NYPD detective Luis Alvarez, scheduled for his 69th chemo this week for cancer he contracted during 9/11 (CSpan)

The original VCF operated from 2001-2004, but was reactivated under the James Zadroga 9/11 Health and Compensation Actof 2010 (Zadroga Act), which President Barack Obama signed into law on January 2, 2011.

The Victims Compensation Fund itself, however, is only funded through 2020, when it will be up for reauthorization. In the interim, thousands of more people have died from exposure to the toxins unleashed at Ground Zero and more continue to turn up with 9/11-linked cancer.

The subject of Tuesday's hearing before the Judiciary Subcommittee on Constitution, Civil Rights, and Civil Liberties was the Never Forget the Heroes: Permanent Authorization of the September 11th Victim Compensation Fund Act. 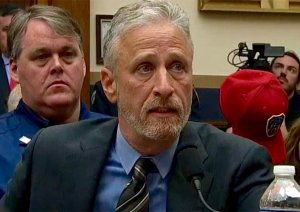 Comedian and 9/11 victims advocate Jon Stewart lambasted Committee, questioning "why this is so damn hard and takes so damn long." (CSpan)

H.R.1327, which was introduced by Congresswoman Carolyn Maloney (D-NY) would ensure the fund can pay benefits through 2090.

Last year the Trump administration proposed restructuring benefits to 9/11 survivors, which would have resulted in fewer resources, but the proposal was defeated in the House Appropriations Committee.

This year, in February, the Department of Justice announced that the fund was depleting and there would be a 70% cut in benefits to victims.

According to Rupa Bhattacharyya, the fund's special master, "The plain fact is that we are expending the available funds more quickly than assumed, and there are many more claims than anticipated." A total of 835 awards have been reduced as of May 31st.

Stewart and others who testfied decried the fact that nearly two decades after the attack, first responders and their families still have no long-term guarantee of compensation.

He also criticized the subcommittee for the sparce attendance by lawmakers. "As I sit here today, I can't help but think what an incredible metaphor this room is for the entire process that getting health care and benefits for 9/11 first responders has come to. Behind me, a filled room of 9/11 first responders; and in front of me, a nearly empty Congress." 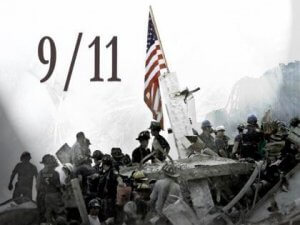 House Judiciary Chairman Jerrold Nadler (D-NY), whose district includes the World Trade Center site, said, "All responders and survivors, whether they got sick in 2015 or will get sick in 2025 or 2035, should be properly compensated. Congress must act to make that happen."

This morning the Committee passed the bill, which will now go to a vote before the full Congress.

July 10, 2020 To Remind Us to Laugh On the Recent Supreme Court Ruling that Trump cannot end the Deferred Action for Childhood Arrivals program – “Yeah, at first, Trump was confused...