Unlike the US House, which is still facing a few battles over committee assignments, the Democratic-controlled Senate has made a peaceful transition to its new leadership and committee members for the 118th Congress.

Although Senators serve six-year terms, committee assignments are made every two years, concurrent with a new Congress. 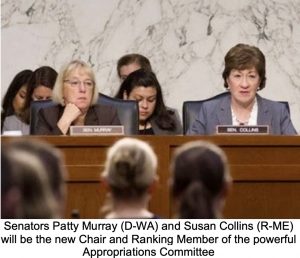 The latter includes special, select, and joint committees, which may be created by resolution or law, often to investigate certain issues or events, and may be temporary in nature.

Committee chairs are selected by the majority party, and the "ranking" member by the minority party. Committee assignments are decided within each party's conference and adopted by a vote of the full Senate. 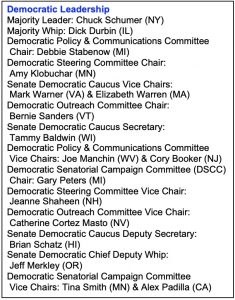 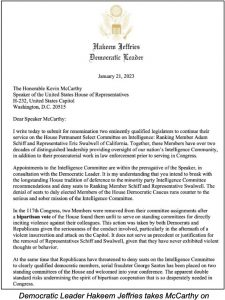 Although deference is usually given to the minority party in deciding their members, McCarthy, as Speaker, can make unilateral decisions on appointments to select committees. His actions are in open retribution against Democrats for stripping Republicans Marjorie Taylor Greene (R-GA) and Paul Gosar (R-AZ) during the last Congress of their committees for incendiary remarks.

McCarthy is also threatening to kick Congresswoman Ilan Omar (D-MN) off of the Foreign Affairs Committee. As that is a standing committee, however, it would require approval by a majority vote in the full House.