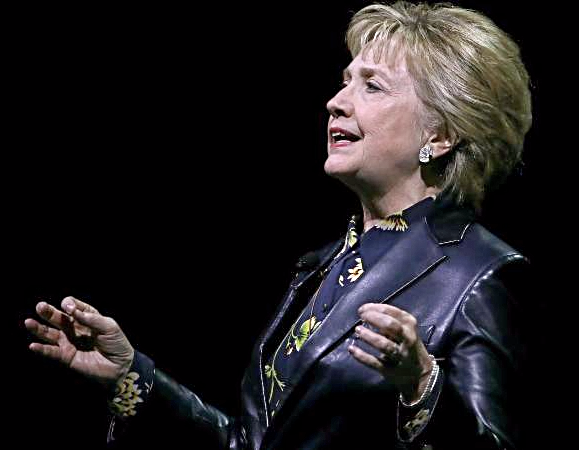 Hillary Clinton jumped back into the public political arena yesterday, calling out Republicans on yet another series of disrespectful comments against women, including one from the White House itself.

"Just look at all that's happened in the last two days to women who were simply doing their jobs. Too many women, especially women of color, have had a lifetime of practice taking precisely these kinds of indignities in stride. But why should we have to. And any woman who thinks this couldn't be directed at her is living in a dream world."
-- Hillary Clinton

In a speech before the Professional Businesswomen of California's annual conference, Clinton referenced O'Reilly's racist comment Monday, which followed about Congresswoman Maxine Waters' anti-Trump comments from the House floor.

"I didn't hear a word she said. I was looking at the James Brown wig,"
-- Bill O'Reilly on Fox News

Another Fox News commentator, Eric Bolling, previously told Waters to "step away from the crack pipe" in 2012. Fox declined to censure Bolling, who still works for the network, and has also declined to comment on O'Reilly's statement this week.

In her most political speech since losing the 2016 presidential election, Clinton also pointed to the treatment of veteran reporter April Ryan by White House Press Secretary Sean Spicer, who "patronized" and cut off Ryan saying "Please, stop shaking your head again," as she posed a question about the House investigation into connections between Trump's team and Russia. 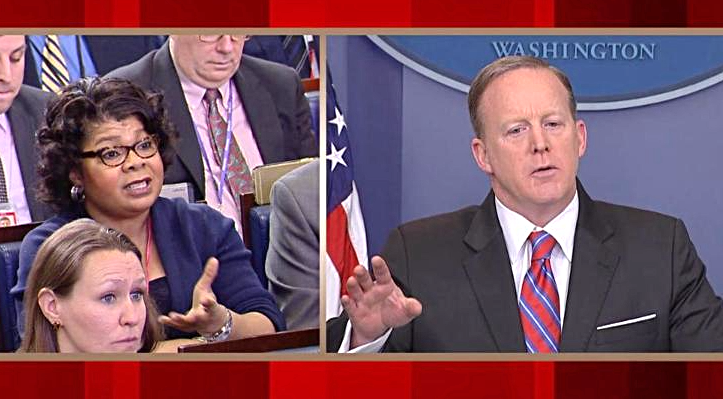 This is not the first time Ryan, a White House correspondent and the Washington bureau chief for American Urban Radio Networks, has been disrespected by the administration.

President Trump himself infamously instructed her to "set up a meeting" for him with the Congressional Black Caucus, assuming, because she is black, that they would be friends of hers. "I'm just a reporter," she responded at the time, "but I'm sure they're watching right now."

Backlash
Twitter exploded with outrage over the insults, coupled with the hashtag #BlackWomenAtWork.

Ryan, a respected professional, limited her comments online, later thanking Clinton for speaking out. Waters, however, wasted no time in taking to Twitter: "I am a strong black woman. I cannot be intimidated, and I am not going anywhere."

"I'd like to say to women out there everywhere, Be who you are, do what you do and let us get on with discussing the real issues of this country."
-- Congresswoman Maxine Waters (D-CA) on MSNBNC

It is no wonder that neither Trump, nor any of his predominantly white male cabinet, spoke at this morning's 2017 Secretary of State's International Women of Courage Awards. First Lady Melania Trump, in a rare appearance, was instead sent to call for "women's empowerment and celebration of diversity" at the event.

The contrast between the former and current First Lady speaks for itself -- as does Trump's approval rating at 35% (Gallup, March 26-28).