The Trump administration's addition of a citizenship question to the 2020 Census is off the survey -- for now.

On Tuesday Judge Jesse M. Furman of the US District Court for the Southern District of New York ruled that the question, which had been added to the upcoming US Census form at the request of the Department of Justice last year, was "arbitrary and capricious," and an "egregious" violation of the Administrative Procedure Act.

The controversy is the latest ruling in yet another legal battle between the administration and the states that is likely to end up before the US Supreme Court. 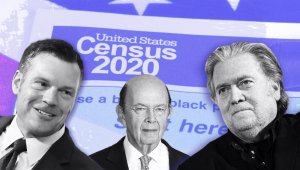 Background
In March of 2018 the US Department of Commerce, which oversees the Census Bureau, announced plans to include a citizenship question in the upcoming US census.  The 2020 census questionnaire would include age, sex, Hispanic origin, race, relationship, home ownership status, and citizenship status.

Opponents claimed it would suppress participation by immigrants and non-citizens who would distrust the confidential use of the information provided, resulting in inaccurate data on minority communities.

The Census count is used to redraw or "redistrict" congressional districts, which affects the makeup of Congress, and the number of seats and electoral college votes each state is allocated. Hence the underlying result of hindering a fair and accurate count in 2020 would adversely affect the subsequent redistricting process. 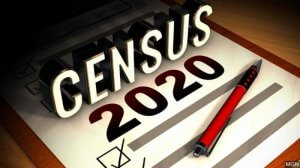 The addition of the citizenship question would cost taxpayers an estimated $27.5 million

Inaccurate data would also affect decisions that are made, based on Census numbers, in allocating roughly $675 billion per year in federal, state and local funds for schools, roads, health care facilities, child-care centers and senior centers.

The Case
18 states, the District of Columbia, and 15 big cities or counties, and immigrants' rights groups, filed lawsuits against the Trump administration to have the question removed.

In his 277-page opinion, Judge Furman ruled that Commerce Secretary Wilbur Ross had added the citizenship question arbitrarily and had not followed proper administrative procedures, including a requirement that he give Congress three years notice of plans to add a question to the census.

However, the Judge also ruled that the plaintiffs, the New York Immigration Coalition, et al., did not provide enough evidence to prove their claim that Ross' decision was intended to discriminate against minority and immigrant communities of color, and that such a claim would require testimony from Ross about his intent. 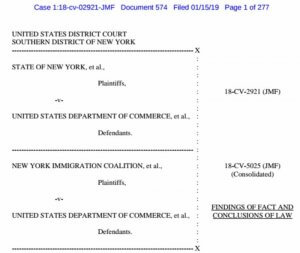 The issue of questioning Ross has been put on hold until the US Supreme Court hears oral arguments in February on the dispute of what evidence may be considered for the lawsuits -- and whether Ross can be compelled to personally answer to his motives.

In addition to the New York case, there are five other lawsuits moving forward through the courts over the census citizenship question, including one underway in California and one that begins January 22nd in Maryland.