While Americans struggle to find meaning under the new norm of the coronavirus, there is a way our voices can be counted now -- by filling out the 2020 Census. Today. 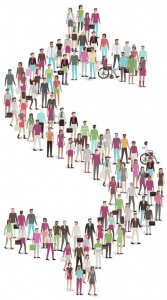 Why It Is Important
Filling out the census is important because it is the key to political and economic empowerment for every community across the United States.

An accurate census count is critical because the numbers recorded are used to determine congressional representation and the allocation of billions of dollars of government funding for the next ten years.

1) Redistricting
The census count is used to redraw or "redistrict" congressional districts, which affects the makeup of Congress, and the number of seats and electoral college votes each state is allocated.

2) Funding
Inaccurate data would also affect decisions that are made, based on census numbers, in allocating $675+ billion per year in federal, state and local funds for schools, roads, child-care centers and senior centers.

Funding for healthcare facilities, hospitals and programs is also directly linked to the census.

The Citizenship Question
There is no citizenship question on the 2020 Census! 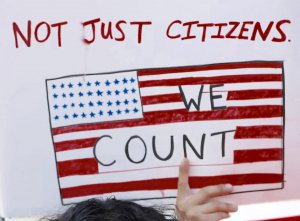 In March of 2018 the US Department of Commerce, which oversees the Census Bureau, announced plans to include a citizenship question in the upcoming US census.

Trump's Department of Justice (DOJ) requested the addition of the question, last used in 1950, claiming it was needed to address suspected voter discrimination and to enforce voting rights.

Numerous states filed suit, claiming it would suppress participation by immigrants and non-citizens who would distrust the confidential use of the information provided, resulting in inaccurate data on minority communities.

In January, 2019 US District Court Judge Jesse M. Furman ruled that adding the question was "arbitrary and capricious," and an "egregious" violation of the Administrative Procedure Act.

In July, 2019, the US Supreme Court ruled against adding the question, citing as "pretext" the administration's reasoning under the Voting Rights Act.

Important Census Dates
*  January 21, 2020: The Census Bureau count started in the rural village of Toksook Bay, Alaska.
*  March 12 - March 20, 2020: US Households received official Census Bureau mail with detailed information on how to respond to the 2020 Census online, by phone, or by mail.
*  April 1, 2020: National Census Day. Every US home will receive an invitation to participate in the 2020 Census. When filling out the form, respondents are asked tell the Census Bureau where you live as of April 1, 2020.
*  April 29 - May 1, 2020: The Census Bureau will count people who are experiencing homelessness -- in shelters, at soup kitchens and mobile food vans, on the streets, and at non-sheltered, outdoor locations.
*  April 16 - June 19, 2020: Census takers will work with administrators at colleges, senior centers, prisons, and other facilities that house large groups of people to make sure everyone is counted.
*  May 27 - August 14, 2020: Census takers will interview homes that haven't responded to the 2020 Census to help make sure everyone is counted.
*  December, 2020: The Census Bureau will deliver apportionment counts to the President and Congress as required by law.
*  March 31, 2021: By this date, the Census Bureau will send redistricting counts to the states. This information is used to redraw legislative districts based on population changes. 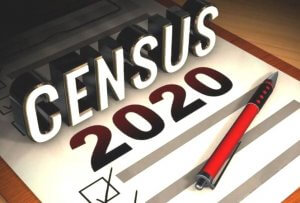 DemList relies primarily on individual contributions to support our work.

August 26, 2022 To remind us to laugh. On Trump’s Jailbird friends and the recent guilty plea by his former CFO Alan Weisselberg to 15 felonies for participating in a tax scheme at Trump’s...