In a win for democracy, the Supreme Court of the United States (SCOTUS) blocked the Trump administration's Census citizenship question -- for now.

In the 5-4 decision released last Thursday, Chief Justice John Roberts joined the court's four liberal justices in ruling that the justification the government offered for including the citizenship question on the 2020 Census was "contrived." 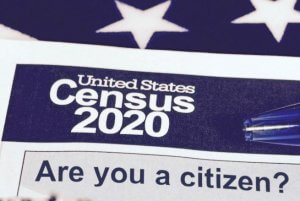 Background
In March of 2018 the US Department of Commerce, which oversees the Census Bureau, and is led by Secretary Wilbur Ross, announced plans to include a citizenship question in the upcoming US census.

18 states, the District of Columbia, and 15 big cities or counties, and immigrants' rights groups, filed lawsuits against the Trump administration to have the question removed -- claiming it would suppress participation by immigrants and non-citizens who would distrust the confidential use of the information provided, resulting in inaccurate data on minority communities.

Inaccurate data would also affect decisions that are made, based on Census numbers, in allocating roughly $675 billion per year in federal, state and local funds for schools, roads, health care facilities, child-care centers and senior centers. 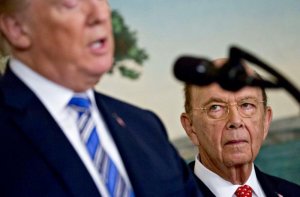 In January, Judge Jesse Furman of the US District Court for the Southern District of New York ruled that the citizenship question was "arbitrary and capricious," and an "egregious" violation of the Administrative Procedure Act, including a requirement Congress must be given three years notice of plans to add a question to the Census.

In March, a federal judge in California ruled that Commerce Secretary Wilbur Ross violated Article One of the Constitution's Enumeration Clause because the citizenship question prevents an accurate count of US inhabitants.

The Trump admnistration appealed directly to the Supreme Court, citing the need to take up the case immediately since the census questionnaires were to be printed July 1st.

SCOTUS agreed, and expanded the case to include whether the citizenship question violates the Constitution, which requires an "actual Enumeration" of the U.S. population every 10 years.

The Decision
In their ruling released last week, on the last day of the term, the justices ruled that it did not violate the constitution's command to enumerate the population, they rejected Ross' rationale that the Justice Department needed better data for Voting Rights Act enforcement.

In their ruling the justices determined that, while the government has the right to ask the citizenship question on the census, its explanation for doing so was inadequate.

SCOTUS referred the case back to the US District Court for the Southern District of New York, which in turn referred it back to Commerce and the Census Bureau to submit an alternative explanation for why they seek to add the question.

President Trump declared the SCOTUS decision "ridiculous" and vowed to delay the Census, "no matter how long, until the United States Supreme Court is given additional information from which it can make a final and decisive decision on this very critical matter."

The 2020 Census forms did not go to print today, as scheduled. In previous testimony Census Bureau officials said that "with exceptional effort and additional resources," the deadline for finalizing forms could be pushed back to October 31st.