On April 16, 1862, President Abraham Lincoln signed the Compensated Emancipation Act, which freed more than 3000 slaves in the District of Columbia - the first in the United States.

Compensated emancipation was a way of ending slavery by compensating an "owner" directly for freeing a slave or, alternatively, by committing the slave to a period of labor -- but as a free, paid "apprentice." 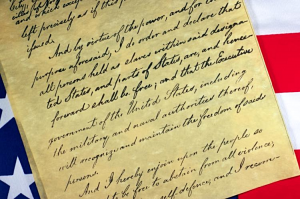 While the latter still bound many free people to their previous owners for what was a nominal salary, the arrangement served as a compromise that appeased reluctant states and opened the door to full freedom of approximately four million slaves after the American Civil War.

On September 22, 1862, Abraham Lincoln issued a preliminary proclamation which required all states to abandon slavery within 100 days. It declared that, as of January 1, 1863, all slaves would be "thenceforth and forever more free".

Following the Civil War, which lasted from 1861 to 1865, "slavery and involuntary servitude" were formally prohibited under the Thirteenth Amendment to the United States Constitution. The amendment was ratified by 30 of the then 36 states on December 6, 1865, and declared adopted on December 18, 1865 by Secretary of State William H. Seward (Mississippi was the last to radify - in 1995).

Emancipation Day has been a public holiday in Washington, DC since 2005, 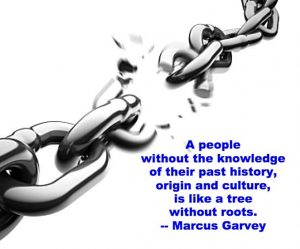 and is celebrated elsehere in Florida (May 20), Puerto Rico (March 22) and Texas (June 19). In Ohio it is a state-wide observation on September 22nd.

It is also celebrated annually in parts of Canada and many Carribean countries during the first week of August, to commemorate the abolition of slavery in the British Empire on August 1, 1834.

In South Africa Emancipation Day is celebrated the first week of December to mark the Slavery Abolition Act of 1833.

May this Emancipation Day be a reminder of the right of all people, legally and personally, to be treated equally with fairness and respect.

Please help DemList keeping you informed & connected with a $25, $50 or $100 contribution today!