North Carolina delivered a victory for both Republicans and Democrats last night. 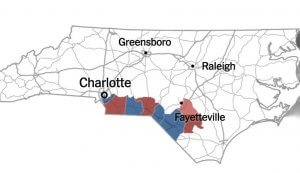 Republicans underperformed by 10% in the historically red district which both Donald Trump, in 2016, and Mitt Romney, in 2012, won by 12 points.

In what is becoming a pattern, voters in the rural areas went for the Republican, Bishop, while the increasingly blue suburbs and urban areas, voted for the Democrat, McCready.

This reflects similar demographic gains made by Democrats in other recent red state elections, including Alabama, Georgia, Florida and Texas.

Some analysts say the results underscore the need for Democrats to focus more aggressively on the rural vote and, for 2020, a candidate that will appeal to moderate and swing voters in those areas.

Despite the outcome, the end numbers provided Democrats with the desired bellweather they were seeking to show the diminishing popularity of President Donald Trump.

The Cook Political Report has identified at least 30 GOP House seats that are less friendly to Republicans than North Carolina's 9th CD. 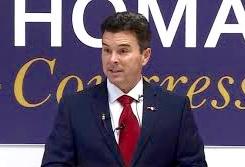 One of them, however, is not North Carolina's 3rd CD, where a special election also took place yesterday, to replace the late Walter Jones (R).

At this point, that leaves one pending special election in Wisconsin's 7th Congressional District, to replace Republican Sean Duffy, who will be stepping down as of September 23, 2019.

More retirements, however, are expected.

May 8, 2020 This morning the US Bureau of Labor Statistics released its monthly jobs report, showing that the US unemployment rate has soared to 14.7%, the highest since the Great Depression of...