While the bill directs the US Attorney General to remove marijuana from the federal Controlled Substances Act and allow interstate commerce of legal cannabis products, it would still give the states the power to decide whether they want to legalize or reclassify the drug. 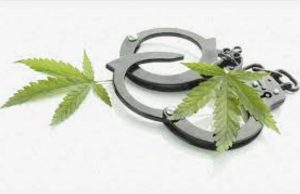 Status of Cannabis in The States
Although originally seen as a Democratic issue, Republican lawmakers across the country have embraced the issue in recent years as red state voters signal their approval of medicinal and recreational use of the psychoactive substance.

Since California became the first state to legalize medical marijuana in 1996, 18 states, two territories and DC have passed legislation or ballot initiatives allowing residents to legally light up on some level.

The "Green Wave" now includes 36 states, DC, and four territories that allow for medicinal use of cannabis products. Marijuana use has been decriminalized to some extent in 31 states and DC, while it remains fully illegal in Kansas, Idaho, Nebraska, South Carolina and Tennessee. 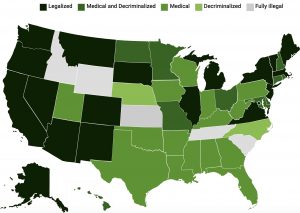 Check the laws in your state (Click/disa.org)

In the 2020 elections, voters in Arizona, Montana, New Jersey and South Dakota approved measures to legalize recreational cannabis. In February, however, South Dakota's law was ruled unconstitutional in Circuit Court. The decision is being appealed.

Another 2020 ballot measure, passed in Mississippi to legalize medical marijuana, was overturned by the state Supreme Court in May on procedural grounds.

Legislation related to cannabis has been proposed in over 35 states this year, including those sponsored or led by Republicans in at least 10 states. 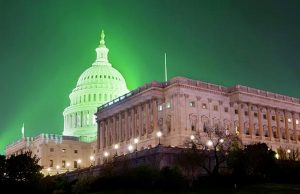 Congress
Despite the fact that over half the states have decriminalized cannabis, and that the public overwhelming supports federal legalization, Congress is still holding out.

The Marijuana Opportunity, Reinvestment and Expungement (MORE) Act, a bill to decriminalize marijuana, passed the US House of Representatives last December with bipartisan support.

The bill, however, which marked the first time a chamber of Congress approved legislation to end federal marijuana prohibition, was ultimately blocked by the then Republican-controlled US Senate.

On May 28, 2021, the MORE Act was reintroduced in the 117th Congress by Representative Jerrold Nadler, along with fellow Democrats Earl Blumenauer, Sheila Jackson Lee, Hakeem Jeffries and Nydia Velázquez.

While the legislation is likely to pass again in the House, Senator Schumer's version in the Upper Chamber, where Republican Senators are resistant to following the example of their GOP state colleagues, faces an uphill battle. Success, once again, will require the votes of 50 Democratic Senators and ten Republicans to surpass the filibuster threshold. 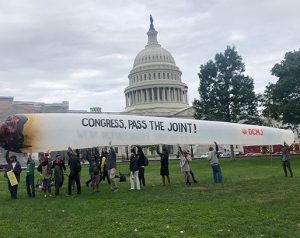