Marijuana legalization has long been seen as a Democratic issue, with blue state lawmakers leading the movement over the last two decades to decriminalize, if not legalize, cannabis. 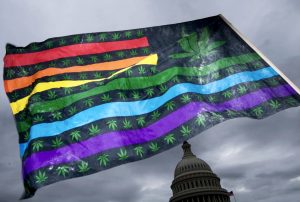 That trend has changed, however, with Republican lawmakers across the country starting to embrace the issue as red state voters signal their approval of medicinal and recreational use of the psychoactive substance.

On the more progressive front, DC decriminalized a range of psychedelic plants and mushrooms, while Oregon became the first state to legalize psilocybin, the active component in magic mushrooms, for individuals over age 21.

Regulations, however, vary by state. Iowa technically has a medical marijuana program, but it is so tightly regulated that weed is effectively illegal in the state. Nebraska has decriminalized small amounts of marijuana for first-time offenders, but second-time offenders can be punished by both fines and jail time. 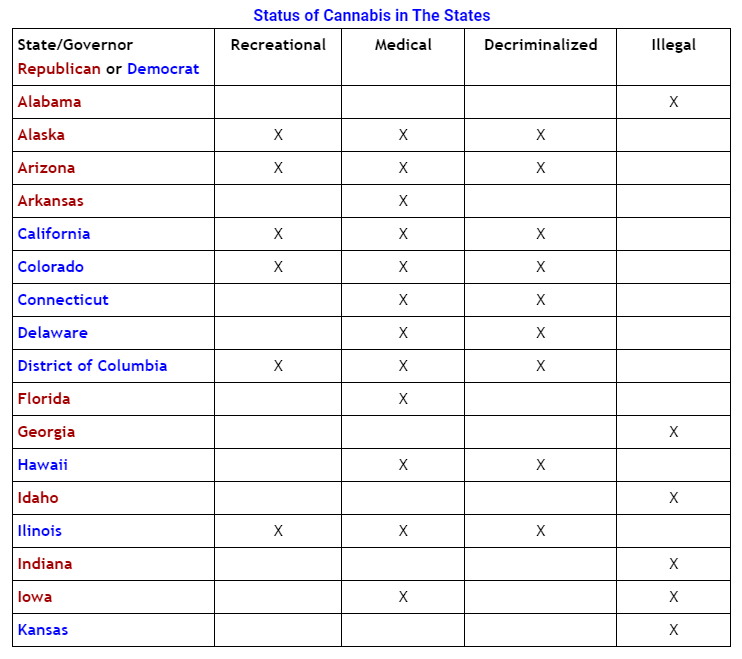 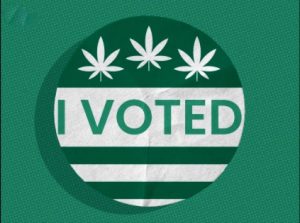 In 2021, New York, Virginia and New Mexico have already passed legislation legalizing marijuana for recreational use.
Marijuana legalization efforts have been sponsored or led by Republicans in at least 10 states during the current legislative session, with bills in 8 states and proposed ballot initiatives in two.
Legislation related to cannabis has been proposed in over 35 states this year. 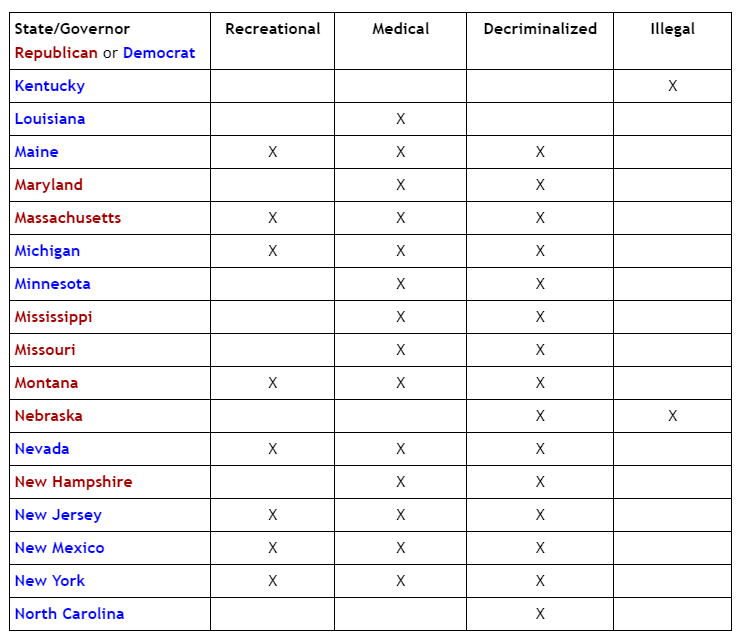 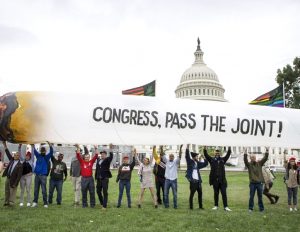 In the US Congress House Judiciary Committee Chairman Jerrold Nadler is expected to re-introduce the Marijuana Opportunity, Reinvestment and Expungement (MORE) Act this year. The bill passed the House in December of 2020 by a vote of 228 to 164, but stalled in the Senate. The Senate version of the bill was introduced by then-Senator Kamala Harris in 2019.
Senate Majority Leader Chuck Schumer and Senators Cory Booker (D-NJ) and Ron Wyden (D-OR) are working on a federal marijuana reform bill that includes removal of marijuana from the list of federal controlled substances. Schumer, who pledged to make reform a priority, said the bill is expected in the coming weeks. 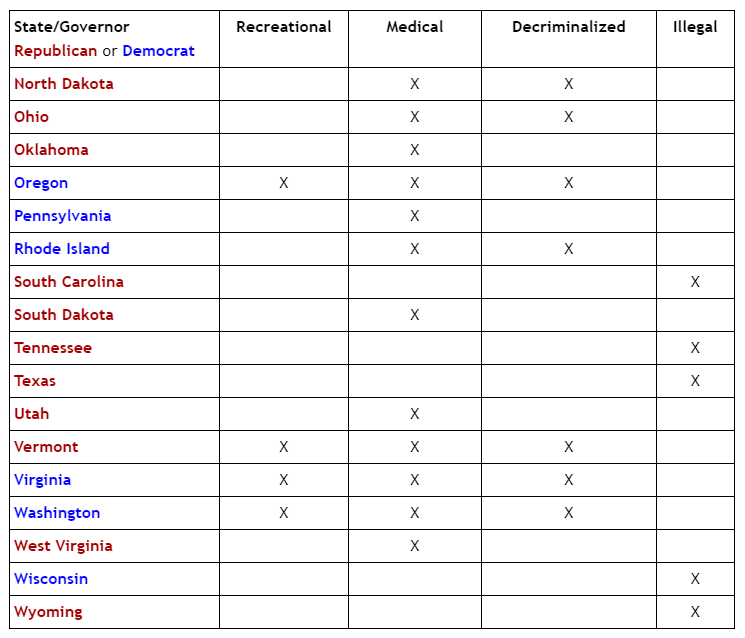 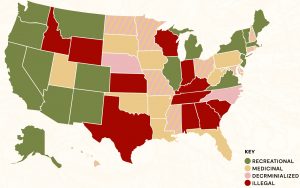 In the US Territories, marijuana is legal for medicinal purposes in Puerto Rico and the Virgin Islands, and legal for medical and recreational use in Guam and the Northern Mariana Islands. It is illegal in American Samoa.