An Arkansas Circuit Court judge on Thursday struck down a state voter identification law that mandated government-approved photo identification to vote at the ballot box.

In August of 2017, the Republican-controlled Arkansas General Assembly passed Act 633, which amended the state constitution to require additional "verification of registration" proof from Arkansas voters each time they voted.

In February, 2018, Barry Haas, a poll worker, filed suit against Secretary of State Mark Martin (R) and the six-member state Board of Election Commissioners, charging the law would illegally impede his right to vote.

Act 633, which is almost identical to a 2013 Act that was subsequently ruled unconstitutional by the state's supreme court.

Judge Gray's ruling is a preliminaryinjunction that stops the law from going into effect ahead of the Arkansas' May 22 primary. Early voting for the primaries and judicial elections begins May 7th.

The case is one of more than a dozen taking place in states across the country where more conservative legislatures are attempting to impose voting restrictions that, in most cases, most adversely affect minority, low-income and handicapped voters.

Voter Identification (ID) Laws for In-Person Voting fall into two categories: Photo v. Non-Photo Identification, and within those two, strict or non-strict.  Within each category individual states make exceptions for those voters who don't have a photo ID. 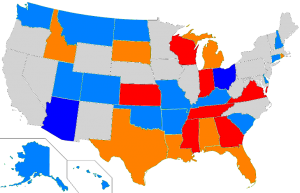 Strict States: In states with strict ID laws, a voter must present ID in order to cast a valid ballot, such as a driver's license, government or state-issued identification card, military ID or tribal ID.

Voters who are unable to show ID at the polls are given a provisional ballot, but are required to return within a designated period of time with acceptable ID -- or their ballot will not be counted.

Non-Strict States: Exceptions to a required photo ID are allowed, but vary greatly by state.  Exceptions may include signing an affidavit, having a poll worker vouch for voter, producing bank or billing statements, and having election officials verify a voter's identity after the vote is cast, or having the voter return an inquiry mailed to their reported address.

The Law in Your State
Thirty-two states have laws requiring that voters show some form of identification at the polls. The state classifications below are based on 2018 laws tracked by the non-partisan National Council of State Legislators (NCSL) and may vary according to others sources and status of their legal challenges. 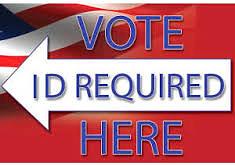 Citizens across the country are already voting in special elections and in party primaries, which run from March to September, depending on the state.  Know the laws and make sure your vote will count!

October 21, 2021  Yesterday, three years and eight months after he executed one of the deadliest school shootings in American history, 23-year-old Nikolas Cruz pleaded guilty to 17 counts of...