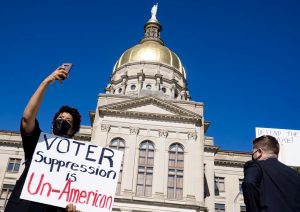 The new 98-page law, which passed both Republican-controlled chambers of the state legislature along party lines, was immediately signed into law by GOP Governor Brian Kemp.

Kemp, who was elected under a cloud of voter suppression in his 2018 victory over former Georgia House Minority Leader Stacey Abrams (D), has become the poster boy for anti-voting rights.

The egregious legislation comes after Georgia voters elected a Democratic president for the first time in nearly thirty years, and almost three months after the state GOP lost two special elections that gave Democrats control of the US Senate.

With passage of SB 202, Kemp becomes the first Governor to sign into law one of 250 new bills in 43 states that would make it harder for Americans, particularly minorities, to vote. That is more than seven times the number of bills compared to the same point in 2020. 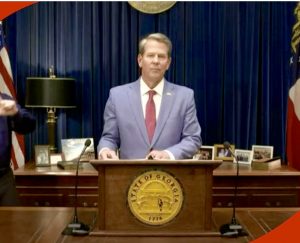 Kemp: The law is an "alternative" to the "dangerous agenda" being pushed by "Democrats in the left." (Rev.com)

Currently, 36 states require some form of voter identification at the polls.

It also prohibits the Secretary of State's office from sending unsolicited absentee ballot applications, as it did before the 2020 primaries due to the coronavirus pandemic.

Limits ballot drop boxes: Cuts back drop box locations, limited to inside early voting locations and hours only. Drop boxes will not be available to voters in the last four days of an election, when it's too late to mail ballots in time. 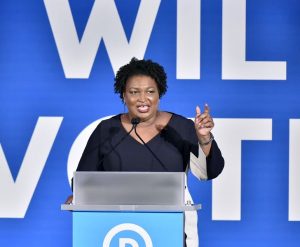 Restructures Elections Authority: Demotes the Secretary of State as chairman of the State Board of Elections and allows the GOP-led legislature to install their own chair, giving them three of five appointments.

It also gives the state board the authority to override county board decisions on disqualifying ballots and voter eligibility and to replace an entire local board with an administrator if they deem necessary.

After the 2020 election, Georgia Secretary of State Brad Raffensperger refused to give in to former President Donald Trump's demand to "find" 11,780 more Republican ballots and overturn the presidential election results in the state.

Outlaws "Line Warmers": Bans volunteer "line warmers" from handing out water, food or even folding chairs to people waiting in long lines to vote -- claiming it is a form of electioneering and undue influence, despite the fact that items are handed out to all voters. 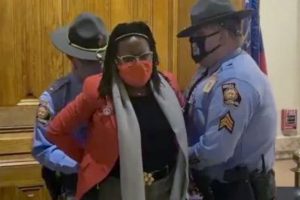 In a shocking side drama, Georgia State Rep. Park Cannon was arrested, charged with "knowingly and intentionally" knocking on the governor's door during the bill signing (USAToday)

They are the first of what is expected to be numerous lawsuits filed not only in Georgia, but in other states as similar voter suppression bills are passed in the coming months.

Restrictive bills have already been introduced in 19 states where Republicans have control of both the legislature and the governorship. 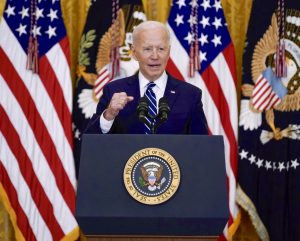 Federal Remedies
Although President Biden has sworn to "do everything in my power" to prevent the state-level measures from becoming the law, ultimate control of many provisions still lies with the state.

On March 3rd the US House passed the For the People Act, major election reform legislation that would expand voting rights and mitigate some, but not all, of the voter suppression provisions in the Georgia law and other states.

The Act would force states to offer at least 15 days of early voting, universal access to mail-in voting and same-day registration for federal races.

Without the support of at least ten Republicans needed to break a filibuster, however, both may be fated to the growing list of legislative initiatives stalled in the partisan graveyard.