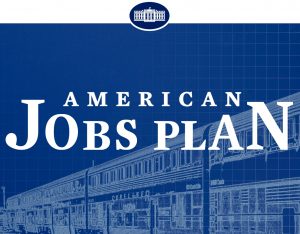 President Biden on Wednesday unveiled the first piece of his sweeping two-part infrastructure and jobs proposal - the largest investment in jobs since World War II.

The American Jobs Plan promises to overhaul and upgrade US roads, bridges, rail, investments in broadband, cybersecurity and domestic manufacturing, investments in research and science, and our children's schools.

The roughly $2.25 trillion plan also aims to shift to greener energy over the next eight years.

The second half of the proposal, the American Families Plan, which will be announced in the coming weeks, is targeted at "social infrastructure" like universal pre-kindergarten and healthcare reforms. Both plans, said Biden, "are essential to our economic future."

The American Jobs Plan: The Breakdown

Quality of Life at Home
$662 billion focused on improving the lives of Americans, including affordable housing, modernization of schools, facilities, water and electric infrastructure, as well as broadband expansion. 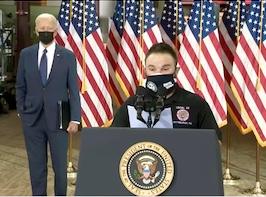 Research, Development and Manufacturing
$480 billion, including approximately $300 billion in manufacturing, support for domestic production of technologies and critical goods. That includes $180 billion on new research and development with an emphasis on clean energy, fewer emissions and climate change research, and $100 billion for worker training and protection systems.

Care Infrastructure
$400 billion to improve access to quality, affordable home or community-based care for the elderly and people with disabilities. It would expand a Medicaid program to make more services available and eliminate a backlog that prevents thousands from getting care. It would also boost pay for care workers, who are disproportionately women of color and typically earn about $12 an hour. 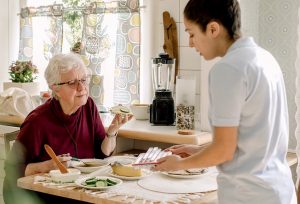 How to Pay For it
* Corporate tax hike: Increases the corporate income tax rate from 21% to 28% for 15 years. President Trump convinced Congress to lower it from 35% to 21%
* Global minimum tax: Increases the minimum tax on US multinational corporations from 13% to 21%.
* Tax on book income: Levies a 15% minimum tax on the income the largest corporations report to investors, as opposed to the income reported to the Internal Revenue Service.
* Clean Energy Credits: Also proposes as much as $400 billion in clean energy credits for firms.

If passed alongside President Biden's Made in America corporate tax plan, the plan will be fully paid for within the next 15 years and reduce deficits in the years after.

Now the Biden administration just needs to get it passed in Congress.

Have a good holiday weekend. DemList will return April 6th!