Americans in 32 states voted on 120 statewide ballot measures on November 3, 2020 on spending and policy issues ranging from election policy, abortion, taxes and transportation, to marijuana, worker's rights and even slavery.

BALLOT POWER
Today, 26 states and DC grant their citizens initiatives or direct democracy through the amendment, statute and/or veto referendum power through the initiative process. All US states, with the exception of Delaware, allow legislatively-referred statute or constitutional amendments.

Ballot initiatives can be a significant influencer on the outcome of other elections on the ticket -- where major support or opposition to a ballot measure can be a crucial factor in helping drive voters to the polls.

Committees registered to support or oppose 2020 statewide measures reported a combined total of $1.18 billion in contributions and $988.3 million in expenditures. 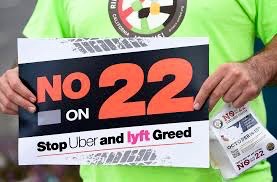 WORKERS' RIGHTS
The most high-profile initiative, and most expensive at $200 million, of the cycle was California's Proposition 22, which pitted labor against the gig economy.

At issue in Prop 22 was whether ride-sharing and app-based delivery companies could continue to classify their drivers as independent contractors instead of employees, therefore avoiding providing employee benefits and protections.

Companies like Uber, Lyft, DoorDash and others investing an estimated to $200 million to successfully convince the voters, who approved at 58%, the measure to maintain the status quo.

Florida passed the $15 Minimum Wage Initiative, which gradually increases the state's minimum wage to $15 per hour over the next six years. 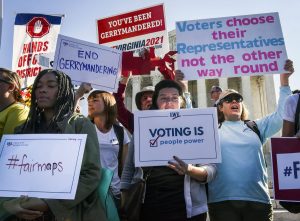 California's Proposition 17 amended the state constitution to allow people with felonies who are on parole to vote.

ABORTION
Louisiana added language to its Constitution stating that "nothing in this constitution shall be construed to secure or protect a right to abortion or require the funding of abortion."

Colorado voted down a measure to prohibit abortions in Colorado after a fetus reaches 22-weeks gestational age.

GAY RIGHTS
By more than 60%, Nevada voted to become the first state in the country to enshrine protections for gay marriage in its constitution, requiring state authorities to issue marriage licenses to couples regardless of gender. 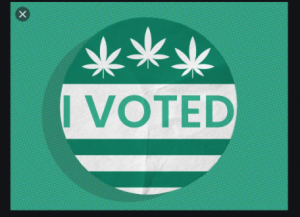 With approval of Measure 109, the Psilocybin Mushroom Services Program Initiative, Oregon became the first state to legalize the use of psilocybin and related products, such as mushrooms and fungi, to individuals aged 21+. The Beaver State also passed Measure 110, which makes personal or non-commercial possession of all controlled substances no more than a Class E violation.

The District of Columbia passed Initiative 81, which decriminalizes a range of pyschedelic plants and mushrooms.

SLAVERY
Slavery was literally on the ballot in Utah and Nebraska, where voters passed amendments to remove "slavery or involuntary servitude" as potential punishments for crime in their state constitutions.

The language symbolically corrects, or further clarifies that which is mirrored in the 13th Amendment of the U.S. Constitution: "Neither slavery nor involuntary servitude, except as a punishment for crime whereof the party shall have been duly convicted, shall exist within the United States."

Proposition 208, Arizona's Invest in Education Act, passed, approving an income tax hike on the state's highest earners ($250,000+) to fund teachers' salaries and school initiatives. A total of $27 million was spent to pass the intitiative, which is estimated to generate $827 million in new revenue during its first full year. 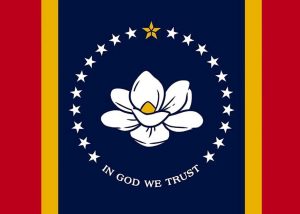 MS Voters approved a new flag, replacing the previous one which included an image of the confederate flag

Illinois voters rejected a constitutional amendment to enact a graduated income tax as opposed to the current flate rate for state personal income tax. Governor J.B. Pritzker provided most of the funding to back the amendment, while Citadel CEO Ken Griffin funded most of the opposition, to the tune of $60 million each.

California voted down Proposition 15, the Tax on Commercial and Industrial Properties for Education and Local Government Funding Initiative.

Colorado and Oregon increased taxes on cigarettes and nicotine products, and Nebraska imposed an annual tax of 20% on gross gambling revenue of licensed gaming operators.

UNIQUE MEASURES
Colorado passed Prop 114, the Gray Wolf Reintroduction Initiative, which reintroduced wolves to Colorado, making it the first state where such an initiative was decided directly by voters. The vote came a week after the Trump administration removed the animal species from protection under the Endangered Species Act.

In California, voters rejected a measure to repeal Proposition 209, a 1996 policy which bans affirmative action, or discrimination and preferential treatment, in public employment, public education, and public contracting on account of a person's or group's race, sex, color, ethnicity, or national origin.

The sunshine state also soundly rejected Proposition 21, the Local Rent Control Initiative, which would have allowed cities to enact rent control on almost all rental housing first occupied more than 15 years ago.

California's Prop 25, the Replace Cash Bail with Risk Assessments Referendum failed. By rejecting this measure, residents voted to repeal legislation that would have eliminated cash bail and replaced it with an algorithm that categorizes suspects awaiting trial as low, medium or high risk. Justice advocates have said that the technology does not accurately measure risk, and said it could lead to racial profiling.

Nebraskans passed Initiative 428, the Payday Lender Interest Rate Cap Initiative, which limits the annual interest charged for payday lending loans from 400% to 36%, making it one of 17 states to impose such restrictions. Groups like the American Civil Liberties Union say it's a crucial step toward ending predatory lending - especially at a time when Americans are facing record unemployment.

POLICE REFORM
On a local level, in one of the most significant signs of our times, and troubles, at least 18 police reform measures passed in cities in six states. The measures included scrutinizing police power and abuse, strengthening police oversight boards, changing department staffing and funding levels and allowing greater public access to body and dashboard camera recordings.

September 25, 2020 39 days out. The cast of West Wing, Andrew Yang, Mark Cuban, Maya Harris, Samantha Power and more join the download of the new Biden-Harris events on the calendar. Contribute...