The growing and historically diverse field of presidential contenders has added three more players to its ranks. 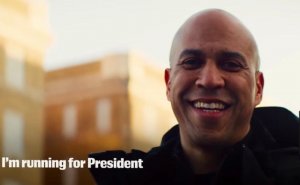 Booker serves as the junior Senator from New Jersey, having been elected in a 2013 special election to succeed the late Frank Lautenberg. The first African-American to represent the Garden State, Booker was subsequently re-elected in 2014 by 55.8% of the vote.

Prior to running for the Senate, Booker served as the 36th Mayor of Newark from 2006 to 2013, when he drew national attention for raising millions and revitalizing the city, long a symbol of urban decay. Before that Booker served on the Newark City Council for the Central Ward from 1998 to 2002.

Born in Washington, DC, he was raised in Harrington Park, New Jersey and received his undergraduate and Masters degrees from Stanford University. A Rhodes Scholar, he studied abroad at Oxford University before receiving his JD from Yale Law School. 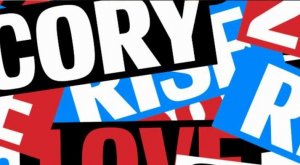 "The history of our nation is defined by collective action; by interwoven destinies of slaves and abolitionists; of those born here and those who chose America as home; of those who took up arms to defend our country, and those who linked arms to challenge and change it."

As a member of the Senate Judiciary Committee, Booker has been a vocal critic of the President and his administration and sponsored the Special Counsel Independence and Integrity Act to limit the executive powers of Trump.

PETE BUTTIGIEG
South Bend, Indiana Mayor Pete Buttigieg, 37, threw his hat into the ring January 23rd, saying the 2020 election should be focused on what he calls "inter-generational justice." 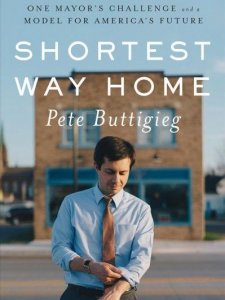 Buttigieg book will be released February 11, 2019

"We have got to change the trajectory that we're on so that mine is not the first generation to be worse off economically than my parents' was ... If there's one center of gravity to all of it, I think it's this question of the future."

A native of South Bend, Buttigieg's father is a Maltese immigrant and both his parents are professors at the University of Notre Dame.  He is a graduate of Harvard, a Rhodes Scholar, and a Lieutenant in the Naval Reserve.

Elected in 2011 with 74% of the vote, he was the youngest mayor of a US city with at least 100,000 residents.  In 2013 GovFresh.com, hailing Buttigieg as a transformational leader, named him Mayor of the Year, tying with former New York City Mayor Michael Bloomberg.

While serving in his first term, Buttigieg deployed for seven months to Afghanistan, and returned to win re-election in 2014 with 80% of the vote.

Buttigieg's star rose within the Democratic party as a candidate for DNC Chair in 2017, before withdrawing.

Should he be successful in 2020, he would be our country's first openly gay President.

Touting his origins as a poor kid from Brooklyn, the self-made billionaire argued that both major political parties were broken -- and he is willing to invest in his campaign and the American people to change the system.

Schultz's announcement of a potential White House run, made during an interview with 60 Minutes last Sunday, was met with immmediate backlash for its lack of message, strategy and the potential to divide Democratic votes and boost a second-term candidacy for Donald Trump.

A senior adviser to Schultz told Fox Business on Thursday that Schultz's decision is far from final, and he won't definitively make up his mind until this summer.

Convention Central: Celebrate with the Italians in Philly!