Yesterday marked the 56th anniversary of "Bloody Sunday," when a 25-year-old John Lewis and some 600 peaceful civil rights marchers were brutally attacked on the Edmund Pettus Bridge in Selma, Alabama.

The march for voting rights was in response to the February 26, 1965 death of activist Jimmie Lee Jackson, who was beaten and shot by a state trooper while trying to protect his mother during a peaceful protest in Marion, Alabama. 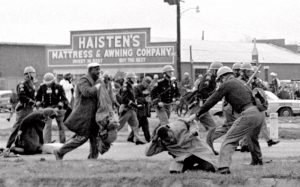 The March 7th demonstration was to have proceeded from the Brown Chapel AME Church in Selma to the State Capitol and to Governor George Wallace in Montgomery, 54 miles away.

The unarmed protestors, however, were stopped just one mile into their march, after crossing the county line on the other side of the Edmund Pettus Bridge, named for a Confederate general and reputed grand dragon of the Alabama Ku Klux Klan.

The troopers, along with a posse of deputized local white men, had been ordered by Governor George Wallace "to use whatever measures are necessary to prevent a march." 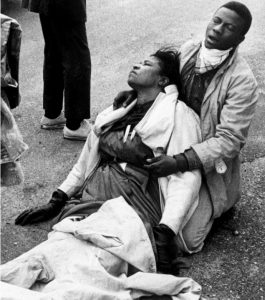 The incident would become a turning point in the civil rights movement as indelible images of black men, women and children being beaten by troopers were broadcast nationwide.

That night ABC interrupted its showing of "Judgment at Nuremberg" with televised images of the vicious attack.

A horrified nation, forced to confront its own prejudice, watched as footage of the bloodied victims, struck with billy clubs, whips, tear gas and baseball bats, played out in black and white across their screens.

Before it was over, 17 people would be hospitalized and at least 50 others injured, including Lewis, who suffered severe head injuries.

Johnson hands one of the pens used to sign the Voting Rights Act to Lewis (AP). Lewis was elected to Congress in 1987.

The events in Selma galvanized public opinion and mobilized Congress to pass the Voting Rights Act, which Johnson signed into law on August 6, 1965.

Over 50 years later, America is still struggling with its own prejudices and fighting voter suppression against communities of color.

Since the Voting Rights Act became law in 1965, Congress has passed major amendments extending its protections. 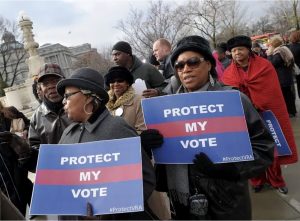 In 2013, however, the US Supreme Court, in Shelby v. Holder, struck down the VRA's federal pre-clearance provision which required federal oversight of election laws in nine Southern states whose laws had previously been deemed politically discriminatory against minorities.

The High Court's ruling opened the floodgates, ushering in a wave of efforts by states to reverse earlier VRA protections and, in some cases, enacted more aggressive voter suppression laws.

Dozens of Republican-controlled state legislatures have since enacted restrictive laws aimed at minority voters and, ahead of the 2022 midterms, lawmakers in 43 states have introduced over 250 bills designed to make it more difficult to vote. 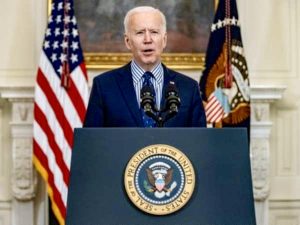 A Bridge to The Future
On Sunday, following a commemoration of "Bloody Sunday," President Joseph Biden signed an executive order "to "protect the right to vote and ensure all eligible citizens can freely participate in the electoral process."

The order directs federal agencies to develop a strategic plan over the next 200 days for promoting voter registration and participation, assisting states under the National Voter Registration Act and modernizing the federal government's Vote.gov portal. The executive order also expands voter access for federal employees, service members, inmates, and people with disabilities.

The President's executive powers, however, do not provide him with the authority to overturn state-level legislation. That must be left to the US Congress. 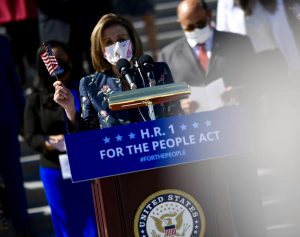 In the interim, on March 3rd, the US House passed H.R.1, the For The People Act, a wide-ranging package of electoral and ethics reforms. The bill includes the creation of uniform national voting standards, an overhaul of campaign finance laws and outlaws partisan redistricting. A version of H.R.1 was passed by the chamber in the last Congress, but was blocked in the Senate.

Biden has also called on Congress to restore the Voting Rights Act and restore the voter protections decimated by the Supreme Court's 2013 decision.

Members of the House are expected to reintroduce what is now the John R. Lewis Voting Rights Advancement Act to do just that, and Congressman James Clyburn (D-SC) has vowed that it will be on President Biden's desk by August 6, 2021 - 56 years to the day after LBJ signed the Voting Rights Act.