By all accounts, President Joe Biden's State of The Union (SOTU) address delivered a straightforward and human conversation with the American people. 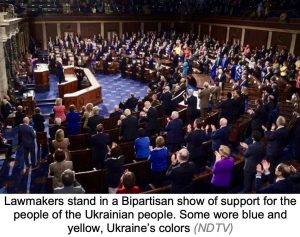 Biden's first 20 minutes centered on the overriding issue of the Ukraine-Russia war, which commenced seven days ago. His message was one of solidarity, recognizing the united front of both parties in opposing Russia and supporting the people of Ukraine.

Biden detailed the unprecedented list of sanctions imposed on Russia to-date and announced a new ban on flights between Russia and the United States.

Vowing to strike down "the Russian oligarchs and corrupt leaders who have bilked billions of dollars off this violent regime," Biden announced a new US Department of Justice task force dedicated to going after their crimes. 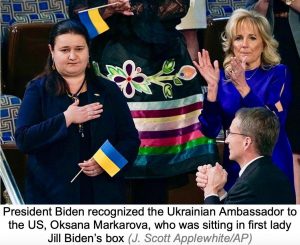 As a part of the military, economic and humanitarian assistance offered to Ukrainians, Biden pledged more than $1 billion in direct assistance from the United States.

He also announced a 30-country effort to release 60 million barrels of oil reserves around the world, expected to "help blunt" inflation and gas prices at home.

“Members of the European Union, including France, Germany, Italy, as well as countries like the United Kingdom, Canada, Japan, Korea, Australia, New Zealand and many others -- even Switzerland -- are inflicting pain on Russia and supporting the people of Ukraine,” Biden said, adding, “Putin is now isolated from the world more than he has ever been.”

Biden outlined his plan to emerge from the pandemic, calling for a bipartisan “reset” from the polarization of the last two years as Americans attempt again to return to normal. 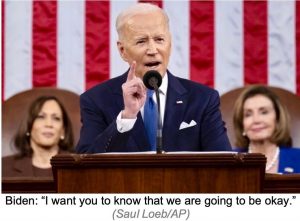 “We have lost so much to Covid-19. Time with one another. And worst of all, much loss of life. Let’s use this moment to reset, stop looking at Covid-19 as a partisan dividing line...Let’s stop seeing each other as enemies, and start seeing each other for who we are: Fellow Americans,” he said.

Biden praised the decline in school and business closures amid the pandemic, as well as the Centers for Disease Control and Prevention’s recent decision to ease guidance on mask-wearing, while promising that scientists are “working hard” to get vaccines authorized for children under five years of age.

In mapping out the roadmap for the next phase of the pandemic, Biden unveiled a new “test to treat” model where people infected with Covid-19 can easily get treatment for the virus. 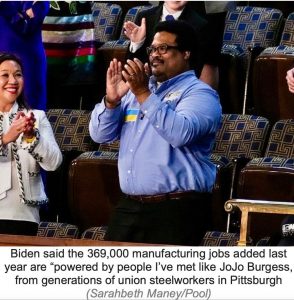 He hailed the success of the American Rescue Plan, passed in March 2021, saying "Few pieces of legislation have done more in a critical moment in our history to lift us out of crisis. It fueled our efforts to vaccinate the nation and combat COVID-19. It delivered immediate economic relief for tens of millions of Americans...and created jobs.

Our economy created over 6.5 million new jobs just last year, more jobs created in one year than ever before in the history of America."

The President thanked members in both parties who worked to pass the Bipartisan Infrastructure Law last November, calling it "the most sweeping investment to rebuild America in history."

While Biden spoke to the key components of his signature Build Back Better economic package, he did not directly address the legislation, which has failed to pass the Senate. 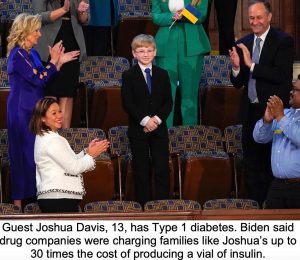 Biden drilled down on the importance of "Buy America" and passing the Bipartisan Innovation Act sitting in Congress "that will make record investments in emerging technologies and American manufacturing."

He also called on the Senate to pass other bills, including the Freedom to Vote Act, the John Lewis Voting Rights Act, and the Disclose Act, "so Americans can know who is funding our elections."

Issues addressed included a woman's right to choose, LGBTQ and transgender rights, gun violence and a pathway to citizenship for Dreamers, among others. 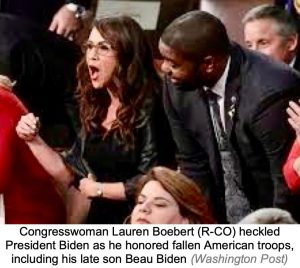 Sadly, Congresswomen Marjorie Taylor Greene (R-GA) and Lauren Boebert (R-CO) heckled the President during his remarks about immigration, attempting to start a “Build the Wall!” chant.

In another infamous moment, when Biden talked about the flag-draped coffins of fallen service members, including his deceased son Beau, Boebert shouted “You put them there,13 of them!” suggested Biden put service members killed in Afghanistan in graves. 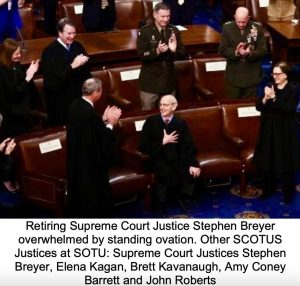 All 15 major Cabinet members were present, with the exception of Commerce Secretary Gina Raimondo, who was the "designated survivor. " It is a customary precaution taken for every State of The Union address to sequester and protect one member of the cabinet for security purposes.

October 29, 2018 The 2018 midterms are expected to break voting records across the board and early vote numbers are no exception, with over 19 million people having voted as of this morning. Not...