The country's major railroads and rail union leaders struck a tentative deal Thursday, narrowly avoiding a strike that could have wreaked havoc on the nation's freight and passenger rail service, the US economy, and possibly the midterm elections. 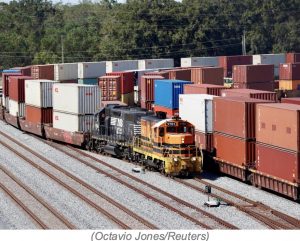 The Tentative Agreement (TA), brokered by Secretary of Labor Marty Walsh after 20 hours of negotiations, prevents what could have been a nationwide walkout by 150,000 locomotive engineers, conductors and other employees.

A strike would have sidelined about 7,000 freight trains daily run by Class I railroads (private companies with operating revenues of $490+ million). These include CSX, Union Pacific, BNSF, Norfolk Southern, Kansas City Southern, and the U.S. operations of Canadian National.

In turn, passenger operations would have been disrupted because Amtrak and half of all commuter rail systems rely in part on tracks owned by the freight railroads. An interdependent supply chain would also have impacted the trucking industry, which transports 70% of the nation's freight each day, compared to 30% moved by rail. 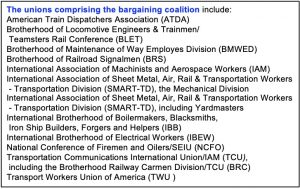 The railroad industry slashed almost 30% of its workforce over the past six years, cutting pay and other costs as rail carriers are posting record profits.

According to the Bureau of Labor Statistics, the number of U.S. railway workers has dropped from more than 600,000 in 1970 to about 150,000 in 2022, due to cost cuts and technology. As a result, many industry workers are on call at all hours and under great stress, with little notice before starting a shift.

The railroads and 12 unions representing more than 115,000 rail workers have been negotiating a contract for nearly three years, prompting President Biden to appoint a Presidential Emergency Board (PEB) in July to break the impasse. 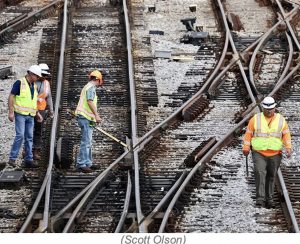 Thursday's deal builds on earlier recommendations from the PEB and includes a 24% percent wage increase over a five-year period, retroactively from 2020 through 2024, as well as $1,000 lump sum payments in each of the next five years.

Key to the agreement were changes to the companies' punitive attendance policy, which penalized workers for taking any time off and, the unions said, was breaking apart families and causing workers to come to work dangerously fatigued.

For the first time ever, the agreement provides members with the ability to take time off for medical care, procedures and emergencies without fear of recourse.

Biden also touted the agreement as a victory for railway companies who will be able to retain and recruit more workers for "an industry that will continue to be part of the backbone of the American economy for decades to come."

The Tentative Agreement, however, is subject to ratification by the unions’ membership, which could take weeks and is still not guaranteed. Workers have agreed not to strike while the ratification votes are tallied.

Members of the largest rail unions, SMART-TD and BLE, which together represent approximately 60,000 engineers, conductors and other workers employed at the major railroads, were the last holdouts to the TA. Although they won a number of major quality of life concessions, many union members are still angry at having suffered three years without a raise and the human toll taken on their health and lives while delivering as essential workers during the pandemic. 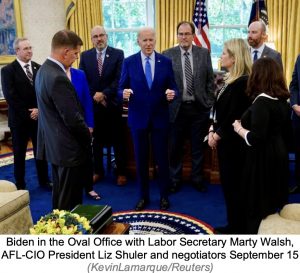 If the deal is not ratified by any one union, then the country is likely to experience a nationwide work stoppage -- requiring Congressional action.

Under the Commerce Clause of the Constitution, Congress "has the authority and responsibility to ensure the uninterrupted operation of essential transportation services."

In a statement praising the agreement between the unions and railroads, Speaker Nancy Pelosi said the House Transportation and Infrastructure Committee was prepared to act on legislation as the negotiations came down to the strike deadline last Friday, but “thankfully this action may not be necessary."

June 11, 2021 To Remind Us to Laugh On Biden’s Trip to Europe “Come on, Europe, you can’t judge us. You had fascists; we had fascists. You have rulers that marry their cousins...