This weekend, Joe Biden surpassed the 1991 delegate threshold to secure the Democratic nomination for the 2020 presidential contest.

After absentee ballots were counted following last Tuesday's multi-state primaries, the former Vice President was within striking distance, but it was the Pacific island of Guam, a U.S. island territory 12 hours ahead of the mainland, that put him over the top late Friday night. 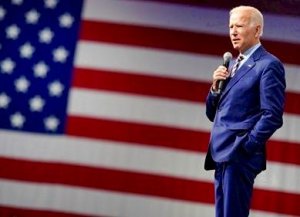 Biden: "We are building the movement that will transform our nation" (Click/Read)

In a statement on Medium, Joe Biden said, "A little more than three months ago I stood on stage in South Carolina and told the American people that ours was a campaign for everyone who has been knocked down, counted out, and left behind.

Those words take on an ever greater resonance today, at a time when so many Americans are hurting and have suffered so much loss. So many feel knocked down by the public health and economic crisis we are weathering. So many feel counted out and left behind by a society that has for too long viewed them as less than equal, their lives as less than precious.

...I truly believe that when we stand together, finally, as One America, we will rise stronger than before. This is the United States of America. There is nothing we can't do, if we do it together."

Biden has been the presumptive nominee since April 8th when Senator Bernie Sanders (VT) suspended his campaign following Biden's turnaround win in South Carolina and near insurmountable sweep in the March 3rd Super Tuesday primaries.

Although Sanders has endorsed Biden and is engaged in his campaign, he still continued to recruit delegates to ensure a greater voice in the party's platform process.

Adoption of the Democratic Party Platform, as well as the rules and procedures governing party activities, is part of the official business conducted at the Democratic National Convention, scheduled for the week of August 17th in Milwaukee, Wisconsin. 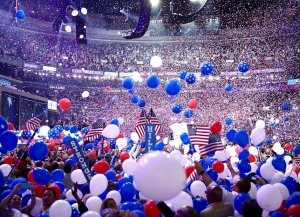 To Be Determined: The Fate of the Democratic Convention (Jessica Kourkounis)

The Convention is the formal event, at the end of the long presidential primary contest every four years, at which Party delegates and members convene to choose their nominees for President and Vice President.

The primary process, however, has been historically upended due to the COVID-19 pandemic, which appeared to put the presidential race on pause as most of the country was on lockdown over the last three months. Nineteen states postponed their primaries, along with their delegate selection process, which is just now underway.

In April, the DNC postponed the Convention, originally scheduled to take place July 13-16th, by five weeks due to the health risks imposed by the escalating coronavirus crisis, which has now claimed the lives of almost 111,000 Americans.

In mid-May, the Rules and ByLaws Committee (RBC) of the Democratic National Committee (DNC) voted to amend its by-laws to allow for flexibility in planning a shortened and/or all-virtual convention.