This week marked the 49th anniversary of Earth Day, the annual event held to demonstrate support for environmental protection. First held in 1970, it was considered the launch of the modern environmental movement, and is today observed by 193 countries. 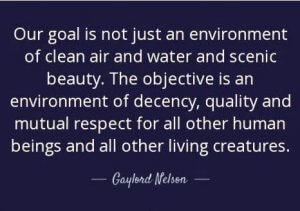 History
Earth Day was originally proposed by peace activist John McConnell to honor the Earth and the concept of peace at a 1969 United Nations Educational, Scientific and Cultural Organization (UNESCO) meeting in San Francisco. The concept was later sanctioned in a proclamation written by McConnell and signed by UN Secretary General U Thant.

In the United States, Earth Day was founded by United States Senator Gaylord Nelson (D-WI) as an environmental protest on April 22, 1970, when of people took to the streets to protest the negative impacts of 150 years of industrial development and bring attention to global ecological awareness.

The same year, the US Congress and President Richard Nixon created the Environmental Protection Agency, and passed environmental laws including the Clean Water Act and the Endangered Species Act. 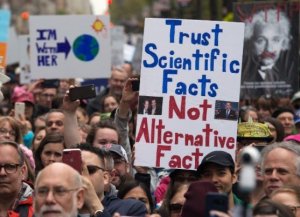 In 1990, Harvard University professor Denis Hayes, the original national coordinator in 1970, took it international with events in 141 nations.

On Earth Day 2016, the landmark Paris Agreement was signed by the United States, China, and some 120 other countries, formalizing the historic climate protection treaty adopted by the concensus of 195 nations at the United Nations Climate Change Conference in Paris.

The agreement binds countries together in their coordinated efforts to battle the earth's rising temperatures from carbon emissions, and requires participating nations to put forward their best efforts on climate change as determined by each country.

In June of 2017 President Trump, who continues to rail against climate change as "a hoax," officially withdrew the United States, the world's largest producer of carbon emmissions, from the Paris Agreement.

The Status of the Planet
Climate change is a human-caused, global phenomena created predominantly by burning fossil fuels, such as oil, coal and gas, which release carbon dioxide (CO2), methane and other gases into the Earth's atmosphere and oceans.

These phenomena include the increased temperature trends described by global warming, but also encompass changes such as sea level rise, ice mass loss in Greenland, Antarctica, the Arctic and mountain glaciers worldwide, shifts in plant bloom, and extreme weather events.

Global Warming: Since 1970 the Earth has experienced the warmest years on record, and the past five years have been the hottest since records began in the late 1800s.

Sea Levels: A consequence of higher temperatures is the melting of the polar ice caps, which is causing sea levels to rise. The Earth's glaciers are now losing up to 390 billion tons of ice and snow per year, and the global mean sea level could rise by 4.3 feet by 2068 due to melting of antarctic glaziers. 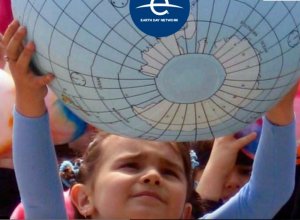 Lives: In 2018, almost 250 Americans were killed in weather and climate-related disasters, at a total cost of $91 billion to the nation.

Public Opinion
According to a January 9-14, 2019 Pew Research Survey more Americans today say protecting the environment and dealing with global climate change should be top priorities for the President and Congress.

Betrayal of the our planet is the burden of past generations. Saving it for future generations is in our voice and our vote.

November 6, 2019 Now one year away from the 2020 presidential election, voters delivered critical statewide and legislative victories to Democrats in yesterday’s elections that bode well for...