At 5:00pm yesterday House Speaker Nancy Pelosi spoke to the nation, announcing the initiation of "a formal impeachment inquiry" into the actions of President of the United States Donald Trump. 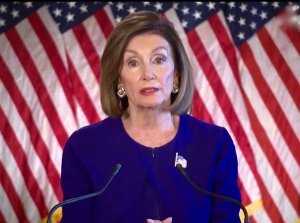 The Trigger
The incident that triggered the long-awaited call for impeachment of the President was not Special Counsel Mueller's Report on Russia-Trump collusion.

It was, instead, a whistleblower complaint filed by a member of the intelligence community alleging corrupt actions committed by the President in his conversation with aforeign leader.

The Timeline
April 21, 2019
Volodymyr Zelensky is elected the new President of Ukraine. 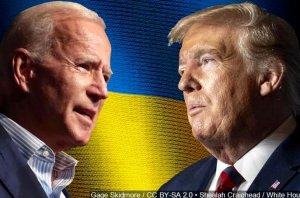 May 2, 2019: On Meet the Press, Trump mentions "major scandal" involving formerVice President Joe Biden's son Hunter and a Ukrainian company. At the same time, his personal lawyer, Rudy Giuliani, said in an interview, "It is a case crying out to be investigated."

Trump claims that, while still Vice President in 2016, Biden pressured the Ukrainian government to fire Ukraine's top prosecutor Viktor Shokin, because he was investigating a Ukrainian company with ties to Biden's son, Hunter.

But the already-shelved investigation pre-dated Hunter Biden's appointment to the company's board, and the senior Biden's calls for to an end to corruption. The Ukrainian prosecutor, Yuri Lutsenko, who succeeded Shokin, also publicly stated the there was no evidence of wrongdoing by either Biden.

June 12, 2019
Trump said in an interview that if he were approached with information on a political opponent, he would want to hear it. 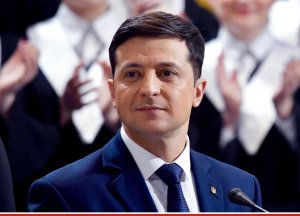 July 18, 2019: The White House puts a hold on the $391 million in military and security aid to Ukraine, which had been allocated by Congress, as a part of the 2019 fiscal package, to help ward off Russia aggression.

July 25, 2019: In a conversation with Zelensky, Trump, after reminding him of the US assistance to Ukraine, pressed the new Ukrainian president to investigate his political opponent Joe Biden and his son, Hunter. Trump allegedly pressured him eight times to work with Attorney General Willam Barr and his personal attorney, Rudy Gulliani, on the matter.

By law, the ICIG evaluated, and found credible, the complaint, and forwarded it August 26th to the Acting Director of National Intelligence (DNI) Joseph Maguire. Under the Whistleblower statute, he is then required to submit the complaint to the House Intelligence Committee, but he was prevented from doing so by Attorney General William Barr and the DNI. 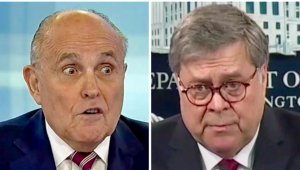 August 24, 2019: Trump downplays Russia's military intervention in Ukraine and pushes for Russia to be reinstated into the G7, an annual gathering of the world's largest advanced economies.

September 2, 2019: Vice President Michael Pence, in a press conference, said the delay in aid was over concerns of potential corruption in Ukraine and to ensure the money is being used in the best interests of the United States.

September/Early: Senate Foreign Relations Committee member Chris Murphy (D-CN) meets with Zelensky in Ukraine. Murphy said Zelensky was concerned and confused about the cutoff of aid, and the pressure he was getting from the Trump administration to commence an investigation against the Biden family.

September 6, 2019: The Democratic and Republican leaders of the House Foreign Affairs Committee sent a letter to the White House, urging them to release the security assistance funds for Ukraine. 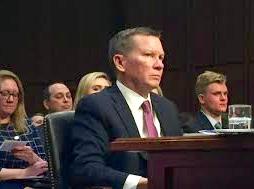 September 9, 2019: IG Atkinson informs the Congressional Intelligence Committees of the whistleblower complaint, which has not been forwarded to them, in potential violation of the law.

September 12, 2019: The White House releases its hold on the aid to Ukraine.

September 13, 2019: the House Intelligence Committee issues a subpoena to the DNI for the whistleblower complaint.

September 17, 2019: Director of National Intelligence McGuire, under direction of the Department of Justice, again refuses to turn over the whistleblower complaint.

September 22, 2019: Trump confirms he brought up Biden and corruption in the call with Zelensky, but top administration officials deny Trump "pressured" him to investigate Biden.

September 25, 2019:
* This morning, the White House released a "summary" of the July 25th Trump-Zelensky call at the heart of the complaint, but a full transcript has yet to be released. 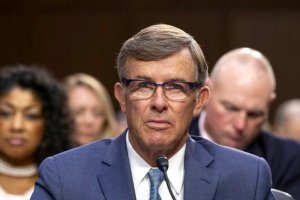 * Today, Senate and House Intelligence Committee members were told they would, under secure conditions, be provided access to a copy of the actual Whistleblower complaint.

* House Intelligence Committee Chairman Adam Schiff announced the whistleblower, through his/her attorney, has requested an opportunity to speak to the committee.

* This afternoon, in unexpected development, DNI McGuire has reportedly threatened to resign if the White House does not allow him to testify "freely" before Congress.

September 26, 2019: McGuire is scheduled to speak at 9:00am Thursday before the House Intelligence Committee.

Sign Up for the Daily updates on issues, politics and the players

November 19, 2020 Despite President Trump’s refusal to acquiesce to the results of the election and a “peaceful transition,” the constitutional process of seating Joe Biden as...

January 11, 2018 The Supreme Court of the United States (SCOTUS) is hearing two cases this term that will have a profound effect on the way political battlelines are drawn in the future and, most...