The 2020 presidential field added one of its youngest and most anticipated candidates to the list of contenders this morning with the announcement of former Texas Congressman and US Senate candidate Beto O'Rourke.

Background
Robert Francis O'Rourke, 46, was born in El Paso, Texas, the son of a small businesswoman who owned a furniture store and an El Paso County Commissioner and County Judge. 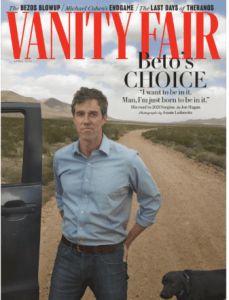 Although of Irish-Welsh descent, he goes by the Spanish nickname "Beto" (BET-O), and is fluent in Spanish.

O'Rourke served as a congressional intern for Congressman Ron Coleman (D-TX), before attending Columbia University, where he graduated in 1995 with a degree in English literature.

He was elected to the El Paso City Council in 2005, defeating a two-term incumbent to become one of the youngest representatives ever to have served on the City Council.

In 2012, he unseated eight-term incumbent Silvestre Reyes in the Democratic primary to represent Texas' 16th congressional district in the US House of Representatives.

In 2018, O'Rourke challenged incumbent Senator Ted Cruz for the Texas US Senate seat, becoming a national phenomenon in his bid to unseat the polarizing Republican who had himself run for presidential in 2016.

Although no Democrat has been elected to statewide office in Texas since 1994, O'Rourke came within 3% points of beating Cruz, who had previously won his 2012 election 56.4% to 40.6% over Democrat Paul Sadler.

The Maverick
O'Rourke ran a retail-oriented campaign without professional pollsters or consultants, and effectively employed the use of digital advertising, social media and mass text messages to engage voters and donors.

He infused much-needed young blood into the national political scene, turning out millennials and support from the Latino community in record numbers, and putting Texas and its 38 electoral votes into play as a potential swing state in 2020. 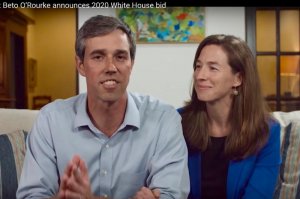 In the process the charismatic progressive raised $80 million, the most raised in a US Senate race in history. His nationwide donor base more than doubled or tripled that of other top Democratic candidates, including then-incumbents Claire McCaskill ($32M), Heidi Heitkamp ($25.5M) and Bill Nelson ($25.4M).

Against the Field
It remains to be seen, however, whether Beto's followers, now split among a dozen other progressive candidates, will provide the level of support needed in a national contest. In the first 24 hours after joining the race, Bernie Sanders pulled in almost $6 million online, followed by Kamala Harris with $1.5 million.

Beto also enters the race without the depth of national experience or solid policy grounding of other candidates, and is competing against the potential history-making candidacies of several minority and women contenders in the race.

Like Obama, who he met with last December, Beto seems to have discovered his national voice at an unexpected point in his career, but faces far greater challenges in surviving the primary race. He will hold his official kick-off rally March 30th in El Paso.

Out of the Race
The most recent names to take themselves out of the race include Eric Holder, Michael Bloomberg, Sherrod Brown and Jeff Merkley. Still in the wind: Steve Bullock, Terry McAuliffe and Joe Biden.

August 10, 2018 While most of Washington is focused on figuring out the author of the anonymous New York Times op ed that describes the “resistance” within the White House...