US Senator Bernie Sanders launched his 2020 presidential campaign yesterday, four years after an unsuccessful, but unexpectedly strong bid for the White House that propelled him to national popularity. 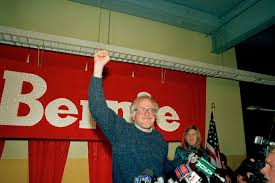 Unlike 2016, when he entered as an insurgent underdog, Sanders jumps in at the front of the game, second only in polling to the unannounced Joe Biden.

Officially an independent, the Vermont Senator enters the race for the Democratic primary nomination.

Background
Born in Brooklyn, with an accent to match, Mr. Sanders ran unsuccessfully in the 1970s for governor and United States senator in Vermont before being elected mayor of Burlington in 1981. Elected to the US House in 1990, he served for 16 years before successfully running for the US Senate in 2006.

Although he is the longest-serving independent in congressional history, he caucuses with the Democratic Party, allowing him seniority and committee seats as if a Democrat. 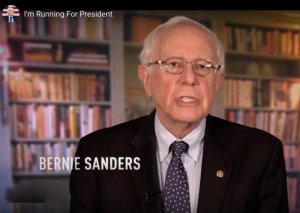 Sanders in the ranking minority member on the Senate Budget Committee and sits on the Veterans Affairs (former Chair), Environment and Public Works Committee, the Energy and Natural Resources Committee, and the Health, Education, Labor, and Pensions Committee.

Issues
A self-described Democratic Socialist, Sanders has always positioned himself as a defender of working people and a foe of Wall Street. His flagship issues in the Senate include Medicare-for-all, minimum wage, banking and campaign finance reform and free university tuition.

He is credited with driving the 2018 changes in the Democratic National Committee's presidential nominating process that resulted from the fallout after his bitter primary battle with ultimate nominee Hillary Clinton.

Against the Field
In addition to the name ID and top contender status, Sanders has built a 50-state campaign through Our Revolution, the grassroots organization he founded in the aftermath of the 2016 presidential election. 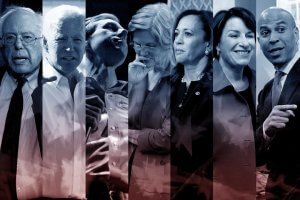 His 2016 grassroots fundraising broke all history records, and in the first 24 hours after joining the 2020 race, Sanders' campaign pulled in almost $6 million online. The second closest for day one was Kamala Harris, with $1.5 million.

Although he came close to denying Hillary Clinton the nomination in 2016, it remains to be seen if his voters will now be splintered among a wealth of progressive candidates in a field that includes five women and, among the current 13, five minorities.

As the oldest candidate in the race at 77, there is also the question about whether he can still attract the youth vote he historically mobilized in 2016.

Unresolved
In 2018 the DNC adopted an amendment to the Call to the Convention, or party rules, stating that, "At the time a presidential candidate announces their candidacy publicly, they must affirm that they are a Democrat," and affirm so in writing. 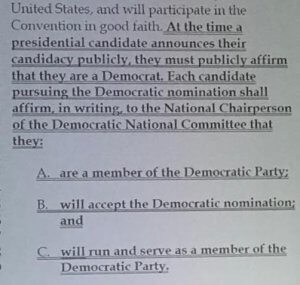 Whether that has been resolved, or if Sanders' faces obstacles in his pursuit of the Democratic nomination is unclear, but it is clear he has a formidable group of supporters who are ready to help him reach his goal.