In one of the most closely-watched gubernatorial contests, two Maryland Democrats are in a dead heat going into next week's June 26th primaries.

Maryland's government is under a "divided triplex control," with a Republican Governor and Secretary of State, John Wobensmith, and a Democratic Attorney General, Brian Frosh.  Both the State Senate (33D/14R) and House (91D/50R) are under Democratic Control. 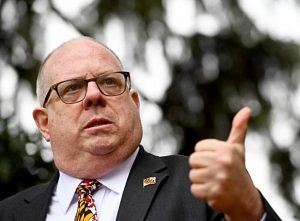 A traditionally blue state where Democrats out number Republicans 2-to-1 in voter registration, Marylanders have voted for the Democratic candidate in the last five presidential elections, delivering Hillary Clinton a 26% win over Donald Trump in 2016.

Larry Hogan succeeded two-term Democratic Governor Martin O'Malley, who had unseated incumbent Republican Governor Bob Ehrlich in 2006.  Prior to that a Democrat had occupied the Governor's mansion since 1969.

A former real estate developer, Hogan and Lt. Governor Boyd Rutherford were elected in 2014 with 51% in a tough general election against then Democratic Lt. Governor
Anthony Brown who secured 47.2%.

Hogan has a 64% approval rating and, according to a 2017 Q4 Morning Consult poll, is rated the nation's second most popular governor.

While Hogan is unchallenged in his primary, nine candidates are competing for the Democratic nomination.

The frontrunner race between Baker and Jealous has drawn analogies to the Hillary Clinton-Bernie Sanders presidential primary, with Baker cast as the establishment favorite, and Jealous as the candidate of the party's progressive wing. 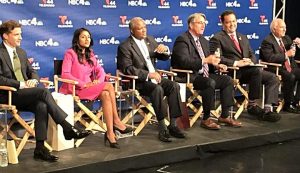 Rushern Baker, who served in the State House for  a decade before his two terms as County Executive, has the endorsement of many of the state's top lawmakers, including US Senator Chris Van Hollen, Congressman Steny Hoyer (D), former Governors Martin O'Malley and Parris Glendening (D), as well as The Washington Post.

Ben Jealous, a civil rights leader who served as President of the Maryland NAACP before taking the national helm, has the endorsements of Senators Sanders (VT), Cory Booker (NJ) and Kamala Harris (CA) as well as the Working Families Party of Maryland and the Baltimore Sun.  He also has the benefit of more than $1 million in outside support from national progressive organizations and labor unions. 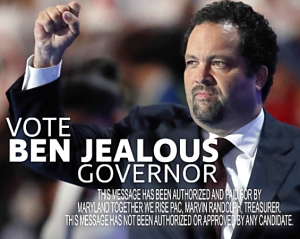 The outcome of the Democratic primary is pitted by some as a referendum on the direction of the Party's future. In the general election Democrats are counting on the loyalty of their voters, and a boost from the anticipated blue wave of 2018 to sway undecided voters and flip the seat.

They are off to a good start. Three times as many Democrats as Republicans have cast early primary votes, which began June 14th and ends at 8pm tonight.

Vote in the June 26th Primary!
Register:  To Vote or Check Your Registration
Absentee: Request an absentee ballot online through tomorrow, June 22nd.
Where To Vote:  Find your polling place.

DemDaily: The Women of Ohio

As Ohio goes, so goes the Nation. The Buckeye state is a critical battleground state with 18 electoral votes.

January 29, 2018 The Mayors of Puerto Rico were honored Thursday night before a packed room of national dignitaries at theLatino Leaders Network Tribute to Mayors in Washington, DC. Through six...