Tuesday's New Hampshire and Rhode Island state primary elections were among the last on the election calendar, and in two states with very different political environments. 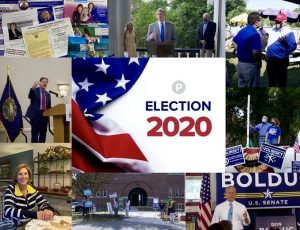 NEW HAMPSHIRE
In the presidential battleground state of New Hampshire, both statewide incumbents -- one Republican and one Democrat -- easily fended off primary challenges in the last test of the electorate before the presidential just eight weeks away.

The results reflect the divided electorate and government of the Granite state, one of just three states with Republican governors that voted for Hillary Clinton, who won the state's four electoral votes by less than 3,000 votes in 2016.

In the 2018 midterm elections, both chambers of the state legislature flipped to Democratic control, while Sununu was reelected as governor, resulting in a divided government. 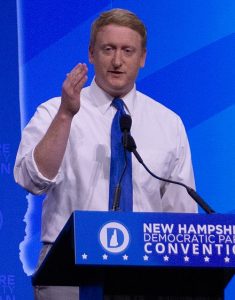 This set up a critical dynamic for the 2020 elections and control of redistricting following the 2020 census. In New Hampshire, the state legislature is responsible for drafting both congressional and state legislative district plans, but those plans are subject to gubernatorial veto.

Felts, the establishment candidate, won with 52.6% to 47.4% secured by progressive attorney and education activist Andru Volinksky, who had the endorsement of Senator Bernie Sanders.

Although the race is rated as a likely Republican victory, a strong win by Biden in the presidential could produce crucial coattails that sway the swing electorate.

US Senate
Two-term Democratic US Senator Jeanne Shaheen cruised to victory in the Democratic Primary with 94.1% over two challengers.

In the general election Shaheen will face Republican primary winner Bryant "Corky" Messner, a wealthy lawyer endorsed by President Trump, who moved full-time to the state from Denver only in 2018. 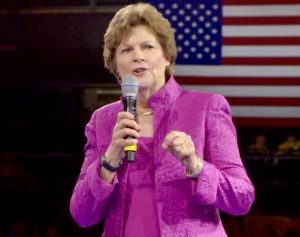 In the First Congressional District Republican primary, New Hampshire GOP Executive Director Matt Mowers, who was endorsed by President Trump, emerged the victor of the five-way contest with 59.6%.

Mowers will take on freshman Democratic Congressman Chris Pappas, who was unopposed in the Democratic primary.

In the Second Congressional District, four-term Democratic Congresswoman Ann McLane Kuster will be challenged by former State House Representative Steven Negron, who won the Republican primary with 48.3% of the vote.

RHODE ISLAND
Four-term Democratic Senator Jack Reed, who was unopposed in his primary, is expected to easily win reelection in November against Republican challenger Allen Waters, who first filed to challenge Massachusetts Senator Edward Markey before switching states to run in Rhode Island.

In the First Congressional District, Democratic Congressman David Cicilline, who was unopposed in the Democratic primary, and has no Republican opponent, will be headed to a sixth term in November.