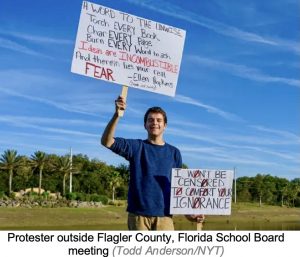 For centuries, religious and conservatives, educators and organizations have sought to ban literature for what they deem to be inappropriate or explicit content in an effort to stifle intellectual freedom.

Amid historical political division nationwide, the controversy around the teaching of critical race theory and the amplification of protests online, books are being challenged at a pace not seen in decades. According to the American Library Association, an “unprecedented” 330 reports of multiple book challenges were reported last fall.

Censorship of what children are taught and read has exploded nationwide as attempts to restrict materials are playing out at the local and state level. 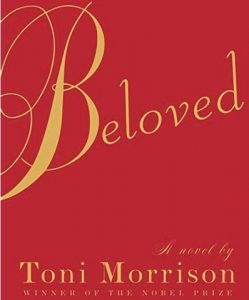 In last year's Virginia gubernatorial contest, the work of Nobel laureate Toni Morrison became a flashpoint for controversy when Republican candidate Glenn Youngkin attacked former Democratic Governor Terry McAuliffe’s veto of a bipartisan bill that would have required schools to notify parents when books with explicit content were assigned.

A Youngkin ad featured a parent who was upset that Morrison's novel "Beloved," which is set in the Reconstruction era and portrays the horrors of slavery and its legacy, was being taught to her son. The book won the Pulitzer Prize for fiction in 1988.

In Wyoming, a county prosecutor threatened charges against library employees for stocking books like “Sex Is a Funny Word” and “This Book Is Gay.”

Last month in Mississippi, the mayor of Ridgeland withheld funding from the Madison County Library System, saying he would not release the money until books with LGBTQ themes were removed. 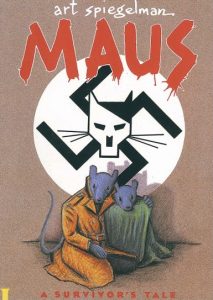 This year in Tennessee, the McMinn County Board of Education voted to remove the Pulitzer Prize-winning graphic novel “Maus” from an eighth-grade module on the Holocaust because of nudity and curse words. Republican lawmakers have also proposed legislation to purge books and other materials deemed "obscene or harmful" to minors from school libraries across the state.

A bill currently under consideration in the Oklahoma State Senate would prohibit public school libraries from keeping books on hand that focus on sexual activity, sexual identity or gender identity.

In the Mukilteo School District in Washington, the school board voted to remove “To Kill a Mockingbird” from the ninth-grade curriculum. The Pulitzer Prize-winning novel by Harper Lee was voted the best book of the past 125 years in a 2021 New York Times Book Review survey.

In 14 states, George M. Johnson’s “All Boys Aren’t Blue,” which made YALSA's Top 10 List for Teens, has been targeted for removal because of its content about sex, gender identity, sexuality and race.

The book is among those removed in over a dozen Texas school districts after Republican Governor Greg Abbott issued directives against "obscene" books of the same topic. In the first four months of this school year, conservative Texas parents made at least 75 formal complaints about books, compared to one filed during the same period last year. 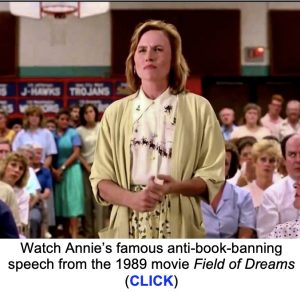 The Condemned: Commonly Banned Books
“A Day in the Life of Marlon Bundo” by Jill Twiss
“All American Boys” by Jason Reynolds and Brendon Kiely
“All Boys Aren’t Blue” by George M. Johnson
“And Tango Makes Three” by Peter Parnell and Justin Richardson
“A People’s History of the United States” by Howard Zinn
“Beloved” by Toni Morrison
“Beyond Magenta: Transgender Teens Speak Out” by Susan Kuklin
“Drama” by Raina Telgemeier
“Gender Queer” by Maia Kobabe
“George” by Alex Gino
“I Am Jazz” by Jessica Herthel and Jazz Jennings
“Lawn Boy” by Jonathan Evison
“Maus” by Art Spiegelman
“Of Mice and Men” by John Steinbeck
“Prince & Knight” by Daniel Haack
“Sex is a Funny Word: A Book about Bodies, Feelings, and You” by Cory Silverberg
“Something Happened in Our Town: A Child’s Story About Racial Injustice” by Marianne Celano, Marietta Collins and Ann Hazzard 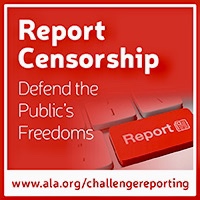 “Speak” by Laurie Halse Anderson
“Stamped: Racism, Antiracism, and You” by Ibram X. Kendi and Jason Reynolds
“The 1619 Project” by Nikole Hannah-Jones
“The Bluest Eye” by Toni Morrison
The “Captain Underpants” series by Dav Pilkey
“The Handmaid’s Tale” by Margaret Atwood
“The Hate U Give” by Angie Thomas
The “Harry Potter” series by J.K. Rowling
“Thirteen Reasons Why” by Jay Asher
“This Book is Gay” by Juno Dawson
“This One Summer” by Mariko Tamaki
“To Kill a Mockingbird” by Harper Lee