In addition to the firestorm of the impeachment hearings, lawmakers returned to Congress this week to face the challenge of avoiding a potential shutdown of the United States Government.

Congress has just over two weeks to resolve funding disputes between House and Senate spending bills before the current continuing resolution (CR), or stopgap funding, expires on December 20th at midnight.

The Way It Works
Under the current budget process, Congress must appropriate funds each September 30th for the following fiscal year. If lawmakers cannot come to an agreement, they may pass a continuing resolution that funds the government through an extended period to allow for further negotiation.

If they cannot come to an agreement, then the US government is forced to temporarily shutdown until a showdown between the two parties over the federal budget can be resolved. 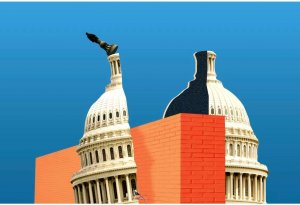 Prior to the holidays, House Democrats and Senate Republicans reached an agreement on the division of $1.37 trillion in discretionary spending across 12 annual appropriations bills for fiscal 2020.

Achieving consensus on how the funds are allocated within each bill, however, is the challenge at hand.

To avoid a shutdown December 21st, Congress will need to pass all 12 of the full-year spending bills, or pass some of bills and a continuing resolution for those not yet funded.

The Hold Up
The major roadblock is, once again, President Trump's demand for funding, to the tune of $8.6 billion for 2020, for a wall at the US-Mexico border -- one of his key campaign promises and a core component of his anti-immigration policy.

Democrats have long balked at funding for the wall, which would require 60 votes in the US Senate to pass.  Republicans currently control the upper chamber by a slim 51-49 majority.

Senate Republicans have included $5 billion for construction of border barriers in their proposed $71 billion Homeland Security package. House Democrats have allocated $0 for the wall in their $65.7 billion bill.

Democrats are also trying to thwart the Trump's ability to divert billions more toward the wall from other accounts, as he did last year, under the guise of declaring a national emergency. Those funds came from money allocated to military construction projects.

Also at issue is the numbers of, and funding for, people Immigration and Customs Enforcement can detain at the US-Mexico border. 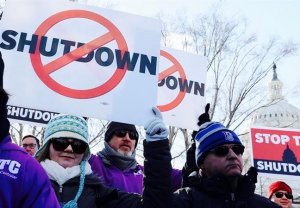 Other points of contention include the House Democrats' proposed $50 million for gun violence research under the Labor, Health and Human Services, and Education bills, and their attempt to roll back a Trump administration rule preventing health care organizations that refer or provide abortions from receiving Title X family planning grants.

The negotiations come amidst the announcement today by Trump's Agriculture Department of a new work rule that would cut access for nearly 700,000 Americans to the Supplemental Nutrition Assistance Program (SNAP) and food stamps. The rational was that it would save the government $5.5 billion over five years.

Who is Affected?
Since the current budget and appropriations process was first enacted under the Budget Act of 1974, there have been 22 federal funding gaps, including ten that led to federal employees being furloughed.

The longest was the 35-day shutdown under President Trump, which lasted from December 22, 2018 to January 25, 2019. The devastating showdown over Trump's border wall cost the government $5 billion and 380,000 furloughed federal employees their paychecks.

The consequences of the shutdown were catastrophic, for the nation's economic stability, infrastructure and security, and brought home daily reminders of the calamitous effect on everyday Americans who rely on, and serve in, our federal government.

This shutdown, which would be the fourth since Trump took office, would begin just four days before Christmas.

January 4, 2021 The 117th Congress was sworn in yesterday, January 3rd, kicking off a dramatic week of events that will include the runoff elections in Georgia Tuesday and a joint session...