As with most attacks on civil and human rights in this era, the battles are being fought on both the national and state level.

The most recent threat to the rights of transgender people, which have already been federally rolled back under the Trump administration, comes in the form of a Massachusetts ballot referendum to repeal current state protections against gender identify discrimination.

The November referendum, the first statewide on transgender rights, takes on a hotbutton issue of gender equality that, for many states, has been at the center of conflict over the last decade. 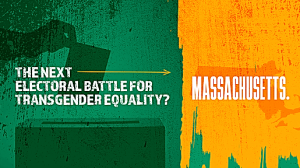 History
December, 2014:  Under President Barack Obama, then-Attorney General Eric Holder stated that the Department of Justice would begin interpreting the Civil Rights Act of 1964 to apply to transgender people.

June, 2016:  President Obama directed "Effective immediately, transgender Americans may serve openly.They can no longer be discharged or otherwise separated from the military just for being transgender."

October, 2017:  Under President Trump, Attorney General Jeff Sessions reversed Holder's 2014 ruling and instructed federal prosecutors that the Civil Rights Act of 1964 did not apply to cases of transgender people.

The administration's actions directly contradicted promises made by presidential candidate Trump, who throughout the campaign, claimed to be a fighter for LGBTQ (Lesbian, Gay, Bisexual, Transgender, Queer) rights.

July, 2017:  President Trump announced on twitter that the US Government will no longer allow transgender individuals to serve in the military. The directive came as a surprise to Defense Secretary James Mattis and Trump's "Generals," who were not consulted on the major policy shift. 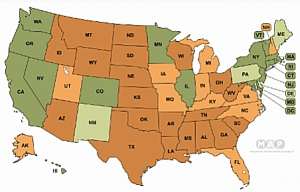 Public leaders, including some GOP lawmakers and former Chair of the Joint Chiefs of Staff Mike Mullen, condemned the action.

An estimated 4,000 transgender individuals serve in the US armed forces.

After federal court rulings against Sessions' action, the policy was not implemented, but DOJ it would appeal to the US Supreme Court at a later date. 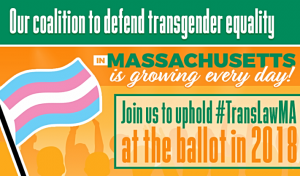 Ballot Battle
In October of 2016, the Massachusetts legislature passed Senate Bill 2407, ensuring anti-discrimination p rotections based on gender identity, including a person's admission to or treatment in any place of public accommodation like restaurants, and allows people to use the restroom or locker room that matches their gender identity.

Massachusetts is one of 24 states that allow ballot, or "citizen" initiatives through direct petition or referral from the legislature.