Amidst the seemingly endless and contentious hearings regarding the impeachment of President Donald J. Trump, a little known voice to most Americans is making a rare appeal for law and order in America. 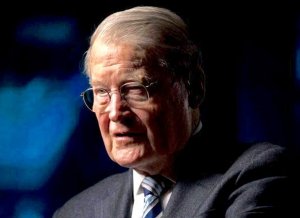 It is challenging to wade through the myriad of daily opinions that have been thrust upon the electorate since Donald Trump took office almost three years ago, but the voice of William Webster commands attention.

Webster, a lifelong Republican, former federal judge, and the only person in American history to serve as both the Director of the Federal Bureau of Investigation (1978-1987) and the Central Intelligence Agency (1987-1991), penned an op-ed piece in The New York Times yesterday, prompted by President Trump's recent attacks on the FBI.

It is one of the few occasions in which Webster has spoken out publicly in the last thirty years.

The Impetus
At a December 10th rally in Pennsylvania, President Trump claimed the FBI "sent multiple undercover human spies" to investigate people associated with his campaign, whose lives have "been destroyed by scum. Okay, by scum." 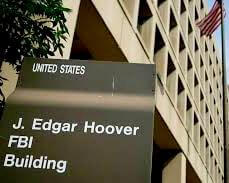 Trump's comments came after Department of Justice (DOJ) Inspector General Michael Horowitz, who serves as the intelligence community's official "watchdog," released his findings that, while procedural mistakes were made, "no political bias or improper motivation influenced the (FBI's) decision to open" the investigation of Trump campaign advisers.

Trump also personally attacked his own FBI Director, Christopher Wray, saying there were "not good people in leadership," calling the agency "badly broken" under Wray's tenure, and inferring his job may be at stake.

Wray assumed his role as FBI Director in August of 2017, taking over for Andrew McCabe who served as Acting Director after Trump famously fired Director James Comey in May of 2017 over "the Russia thing." McCabe was also later fired, just 26 hours before his scheduled retirement, after unsubstantiated allegations by Trump that he had leaked confidential information.

A Plea
Webster also addressed the aspersions by DOJ Attorney General William Barr, who also maligned the IG's report, calling it "a completely bogus narrative," adding, "I think there were gross abuses...and inexplicable behavior that is intolerable in the FBI." 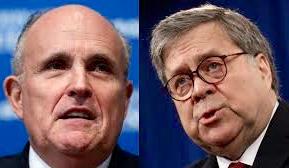 While noting that Barr was a "longtime friend," Webster wrote "The country can ill afford to have a chief law enforcement officer dispute the Justice Department's own independent inspector general's report," when, "In fact, the report conclusively found that the evidence to initiate the Russia investigation was unassailable."

Webster also wrote he was "profoundly disappointed in another longtime, respected friend, Rudy Giuliani," and "His activities of late concerning Ukraine (which) have, at a minimum, failed the smell test of propriety."

Webster ended with a plea for "the restoration of the proper place of the Department of Justice and the F.B.I. as bulwarks of law and order in America" which "Republicans and Democrats alike should defend above all else."

Today, the House Rules Committee debated the rules for tomorrow's vote before the full House of Representatives on Articles of Impeachment against Donald J. Trump.