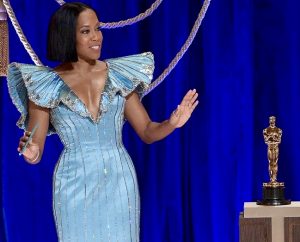 The annual Academy Awards, which recognizes accomplishment in the movie industry, was held last night, marking the 93rd year of the "Oscars" ceremony.

While absent the past bravado and excitement of celebs mixing, mingling, hugging and drinking, it was still a fitting tribute to a year of talent and turmoil.

True to history, however, was use of the stage as a forum for reflecting the mood and focus of the country. 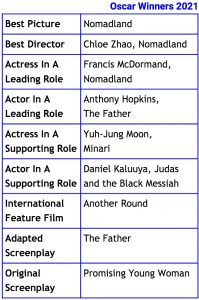 Oscar-winning actress and One Night in Miami Director Regina King addressed the turmoil up front in her opening remarks, referencing the recent Derek Chauvin verdict.

"It has been quite a year, and we are still smack-dab in the middle of it. We are mourning the loss of so many, and I have to be honest: If things had gone differently this past week in Minneapolis, I may have traded in my heels for marching boots. Now I know a lot of you people at home want to reach for your remote when you feel like Hollywood is preaching to you. But as the mother of a Black son, I know the fear that so many live with. And no amount of fame or fortune changes that, OK? But, tonight, we are here to celebrate." 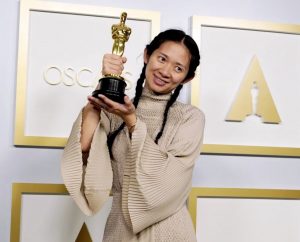 Despite a year that devastated the movie industry - halting shootings, bankrupting companies, and closing beloved movie theaters nationwide - 2020 produced a collection of profound, quality films and performances that focused on the human experience.

This year's Oscar nominees boasted one of the event's most diverse lineups: Seventy women earned nods across 23 categories, and nine people of color were nominated for their acting.

Other notable breakthroughs included best actor nominations for Riz Ahmed, the first Muslim man to be so recognized, and Steven Yeun, the first Asian-American actor to be included in the category. For only the second time in Oscars history, two Black women - Viola Davis and Andra Day - were in the running for best actress. 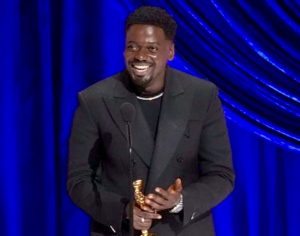 In an awkward attempt to change things up, the Academy altered the traditional order of the awards, breaking with its decades-long history of awarding Best Picture at the end of the show. Instead, the award went to Nomadland in the third quarter of the program, stealing a bit of the glory from remaining recipients. 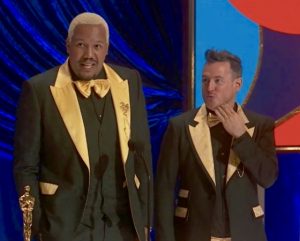 Mia Neal and Jamika Wilson became the first Black winners of the Oscar in makeup and hairstyling for their work on Ma Rainey's Black Bottom, and Ann Roth's Best Costume win for the film earned her the title of oldest female recipient of an Oscar, at 89. Anthony Hopkins, 83, became oldest to win a Best Actor Oscar - for The Father. 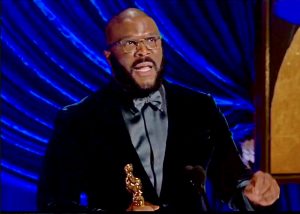 Actress Angela Bassett wrapped up the evening with the "In Memoriam" montage, saying, "Considering the enormity of our collective loss and the often incomprehensible times we're living through, we wish to also acknowledge those precious lives lost to the violence of inequality, injustice, hatred, racism, and poverty. To all of those who left our lives too soon, we cherish the moments that we had and the honor of having been with you." 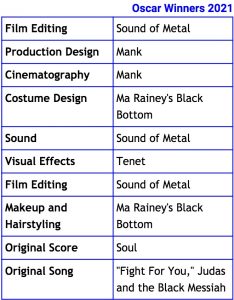 Our "love of movies helped get us through this year," said Regina King. "it made us feel less isolated and connected us when we were apart."

New movies, we hope, will be coming to a theatre near you soon.