A little humor to remind us to laugh!

Stephen Colbert
"In addition to Rex Tillerson, Gary Cohn and Hope Hicks, we also learned that Trump's personal assistant was just fired - although he was actually escorted from the White House on Monday. I assume he wanted to beat the rush." 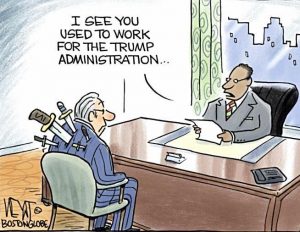 Conan O'Brien
"President Trump fired his secretary of state, Rex Tillerson, on Twitter. It makes sense when you consider that Trump hired Tillerson on Tinder."

Jimmy Fallon
"Trump has been telling people that he fired Rex Tillerson all by himself. Trump brags about firing people the same way a toddler brags about using the bathroom alone for the first time."

"I heard that Trump wants to fire his secretary of veterans affairs. Trump said he might do the job himself, since he's a veteran of several affairs." 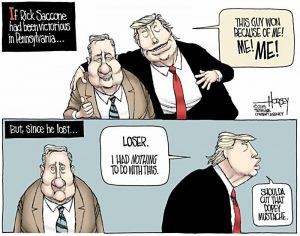 Seth Meyers
"President Trump tweeted last night, THE HOUSE INTELLIGENCE COMMITTEE HAS FOUND NO EVIDENCE OF COLLUSION OR COORDINATION BETWEEN THE TRUMP CAMPAIGN AND RUSSIA,' and then he tweeted, 'CAN SOMEONE HELP ME TURN OFF THE CAPS LOCK BUTton oh there it is never mind.'"

On Mueller's Investigation: "Look, I know you have to be thorough, but at this rate, by the time you're done our only ally will be Luxembourg, Eric will be secretary of state and it'll be illegal for me to make jokes about any of it. When someone is drowning, you throw them a life preserver, you don't throw them a nine-part DVD series on the history of swimming." 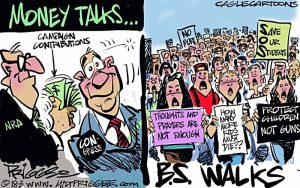 "Elon Musk has announced that his company, SpaceX, will be ready to fly an unmanned rocket to Mars and back by 2019, and shortly thereafter, they'll be able to send people there to colonize the planet. You know, just in case you-know-who is re-elected tothe you-know-what."

On the anti-gun violence student walkout: "Politicians should know if they turn their backs on these students, they could face punishment of their own. You know, like [having to] get a real job after the next election." 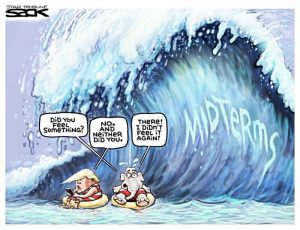 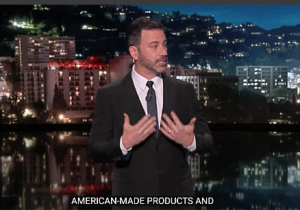 On Mueller's subpoena of documents from Trump Organization: "Donald Trump surprisingly hasn't tweeted about the subpoena yet. Probably because he doesn't know how to spell the word 'subpoena.'"

On the Republican loss in Pennsylvania special election: "The White House is not saying he lost - it's 'essentially a tie.' But it's not a tie, it's a loss. If it was a tie, it'd be Scotch-taped to Donald Trump's shirt and manufactured in China."