Our monthly dose. To remind us to laugh. 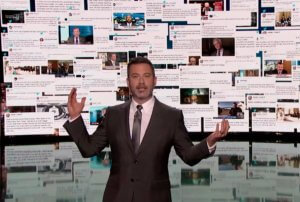 On Trump Tweets
"Over one weekend, the president of the United States sent out more than 100 tweets - or as they will soon be known, Exhibits A through Z." -- James Corden

"I would say the president is starting to unravel, but that would imply he was raveled in the first place," -- Jimmy Kimmel

"It's so bad, at one point last night, Trump's iPhone threw itself in the toilet." -- Jimmy Fallon

"Trump reacted to his bad news day the way he always does: thumbs first, tweet screaming: [as Trump] 'Democrats trying to destroy the Republican Party and all it stands for.' But you beat 'em to it." -- Stephen Colbert

On the Whistleblower and Ukraine Scandal 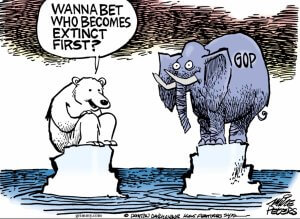 "The whistle-blower's complaint describes several instances of clear quid pro quo. 'Multiple U.S. officials told me that the Ukrainian leadership was led to believe that a meeting or phone call between the president and President Zelensky would depend on whether Zelensky showed willingness to 'play ball.' [Imitating Trump] 'O.K., Ukraine. You gotta play ball, O.K.? And I mean let me get to second base, O.K.? Over the bra, under the Constitution."  -- Stephen Colbert

"Trump may have been using his office for personal gain to dig up dirt on the son of a political opponent. What's the point of that? We already know having terrible children doesn't affect someone's ability to become president." -- James Corden 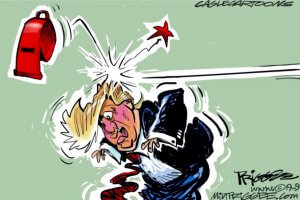 A lot of people are calling the transcript a smoking gun, which explains why today Trump said, 'O.K., now I'm ready for gun control.'"  -- Jimmy Fallon

"At this point it might be easier just to list the names of foreign leaders he hasn't tried to extort, because what could Trump threaten to withhold from Australia - the Hemsworths? I'm sorry, but we're keeping Liam until we figure out what the hell's going on." -- Jimmy Kimmel 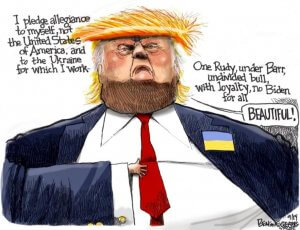 "Let's not pull Australia into this. They're our cool, laid back friends. You don't ask them to get involved in your politics; you ask them to D.J. your pool party." -- James Corden

"Once upon a time, Donald Trump called the president of Ukraine and asked the foreign leader to investigate Joe Biden. The end - of his presidency, you would think." -- Stephen Colbert

"So he just confessed, on TV. After two weeks of lying and spinning, he just admitted to the crime he's accused of. He basically just blew the whistle on himself." -- Seth Meyers

"Rarely during a witch hunt do you see the witch drown herself." -- Jimmy Kimmel

"Yeah, Trump turned to his staffers like, 'Are you losers happy? I didn't say it over the phone this time!'" -- Jimmy Fallon 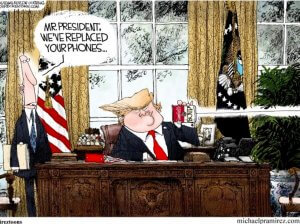 On Impeachment
"He gave a news conference and he called his phone call with Ukraine's president 'perfect.' He said it was perfect. Then Nancy Pelosi said, 'I agree. It was fantastic.'" -- Conan O'Brien

"This makes Watergate look like Nixon tried to pass an expired coupon at the Kroger." -- Stephen Colbert

"Even e-cigarettes were, like, 'Trump is having a bad week.'" -- Jimmy Fallon

"But in the next few days, top White House aides are going to present Trump with an impeachment response strategy. Just in time, yeah. That's like the captain of the Titanic going, 'Oh, we should have taken a left, I'm sorry. Is it too late?'" -- Jimmy Fallon On the Moat
On Trump's request for a cost estimate on a water-filled trench with snakes or alligators to surround border walls, and his suggestion soldiers shoot migrants in the legs to slow them down:

"Who do you call? Where do you shop for 2,000 miles of moat gator? 'Hi, hi, hi - is this Petco? Yeah, asking for a friend - can I order alligators in bulk? No? What can I buy in bulk? Hamsters? O.K. How aggressive are we talking here?'" -- Stephen Colbert

"Hello, zoo? How much to rent your hungriest alligators and poisonous snakes? Don't hang up - I'm calling from the White House. I'll have you know Mike Pompeo is on this call." -- Samantha Bee

On the Democratic Debates
"I actually think a woman has a better chance against Trump, especially in a debate. Women are much better at handling babies than men. It's just a biological fact." -- Jimmy Kimmel

SignUp for Daily updates on the issues, politics and the players
Forward and Follow on Facebook, Twitter and LinkedIn
DemList relies on individual contributions for support.
Please help with $15, $25 or $50 here!

October 4, 2022 According to the US State Department, there are an estimated 6.5 million Americans of voting age who live abroad. That is roughly equivalent to the number of registered voters in...