By demand! Every few months we like to do a humor roundup, as a reminder that there are still reasons to laugh. We are overdue. 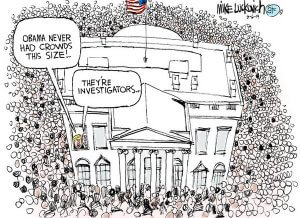 Seth Meyers
"Paul Manafort was sentenced to an additional three and a half years in prison. So at least somebody from the Trump campaign is getting a second term."

On Congress voting to block a presidential emergency declaration for the first time: 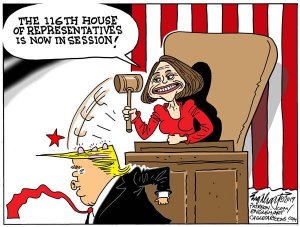 "Congratulations, Mr. President! Yet another thing to add to the list of your presidential firsts, along with siding with Nazis and misspelling hamburgers."

"I mean, the last time Trump lost a vote that badly, he was elected president!"

On Trump who, in attacking late-night TV hosts, quoted comedian Michael Loftus as saying, "I don't know what they're going to do in 2024 when he's no longer President?" 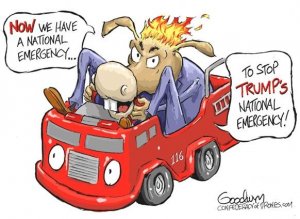 Jimmy Kimmel
"I don't want to talk about Donald Trump every night. None of us do," he said. "But he gives us no choice." 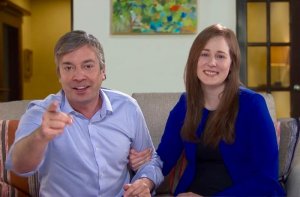 "As we all know from his two-hour speeches, the president hates to waste time with words."

"How can anyone have such thin skin? Could there be a chemical in the self-tanner he's using?"

Jimmy Fallon
"This week the White House released its budget proposal for 2020, and it calls for a record $4.75 trillion. So between the budget and 'The Bachelor,' that's two proposals that definitely aren't happening."

"Trump wants to cut the Education Department's budget. It's all part of Trump's plan to defeat his greatest enemy: spelling."

"Last month, Congress refused to give (Trump) 5.7 billion for his wall, and now he's asking for 8.6. It's like asking a girl out and then after she says no, proposing." 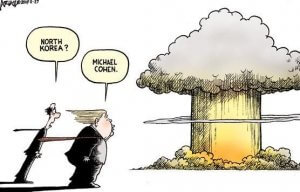 On Michael Cohen's testimony before Congress:
"Cohen went in front of Congress and called Trump a con man and a cheat. And then he followed it up by saying, [tearily] 'He taught me everything I know!'" 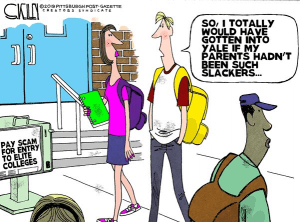 "Actress Lori Laughlin, one of the 50 people charged for paying bribes to get their children into colleges, was released yesterday on a $1 million bond. Said Laughlin: 'How about we make it a million and a half and my daughter gets into law school?"

Trevor Noah
On parents who wrote off their bribes as tax-deductible donations to charity, also known as tax fraud: "They just added a bonus crime to the crime that they already committed. That was not necessary - that's like you're robbing the bank and on the way out you start robbing the pens." 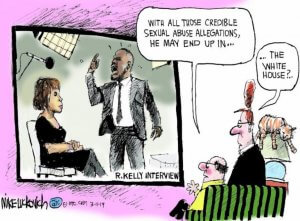 Samantha Bee
On sexist and racist comments on women and Muslims by Fox News host Tucker Carlson, that resurfaced last weekend: "Ugh, that is vile and disgusting. And presumably the audition tape that got him a show at Fox."

Stephen Colbert
On Carlson defended those marrying child brides as having "made a lifelong commitment to live and take care of the person. So it is a little different [than rapists]. I mean, let's be honest." --

"Yes, let's be honest, you're awful on so many levels. Though on a positive note, I think R Kelly just got a character witness."