According to the US State Department, there are an estimated 6.5 million Americans of voting age who live abroad.

That is roughly equivalent to the number of registered voters in Virginia, and more than enough to sway a presidential election.

Getting the vote out abroad, however, is an enormous challenge. At the forefront of that effort is Democrats Abroad, whose teams are working hard to make sure that every US and dual citizen overseas votes in November with the help of votefromabroad.org. 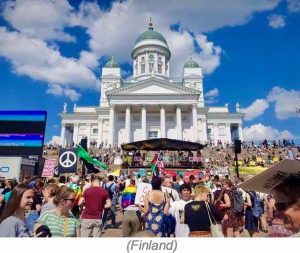 Democrats Abroad runs 48 country committees throughout Europe, the Americas, the Middle East, Africa and Asia, and has members in more than 200 countries around the globe who vote in every state and Congressional District in the United States.

History
Efforts to secure the voting rights of overseas citizens began with Democrats in Paris and London during the 1960 Kennedy-Nixon presidential election, leading to the creation of Democrats Abroad in 1964.

It was not until the passage of the Overseas Citizens Voting Rights Act of 1975, led by then-House Majority Leader Tip O'Neill, that the rights of these citizens were recognized. 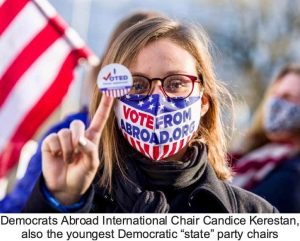 Led by Democrats Abroad, legal protections and full voter access to register and vote by absentee ballot was finally provided through the Uniformed and Overseas Citizens Absentee Voting Act (UOCAVA) of 1986.

Since UOCAVA was enacted, legal barriers to expansion of voting have been removed. The Help America Vote Act of 2002 instituted permanent registration for two full federal election cycles, and the first collection of statistics on overseas absentee voting.

In 2020, 1.2 million ballots were cast by American voters living abroad, who had a measurable impact on the election outcome. Essentially the bluest of all "states," they helped bring home wins for Biden-Harris in Arizona and Georgia.

With a rapid increase in voter registration going into the 2022 midterms, the overseas vote is expected to have an even greater influence in November. 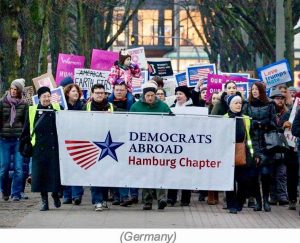 How It Works
Overseas voters covered under the Act include members of the seven Uniformed Services and the US Merchant Marines and their family members, US citizens employed by the federal government, and private US citizens residing outside the country.

US citizens retain the right to vote no matter how long they have lived abroad. They vote in where they last resided, or if they have never lived in the US, where their US parent last resided. Each state has different procedures and deadlines, which can be found at votefromabroad.org.

The Help America Vote Act does not apply to non-federal elections, although the majority of states and territories allow qualifying citizens to register and vote in state and local elections as well.

Vote Now
Some of the earliest overseas voter registration deadlines start hitting this week!
Check your ballot at www.votefromabroad.org 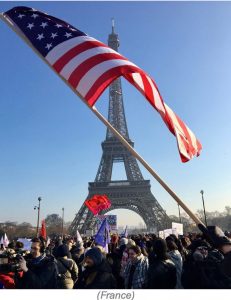 Pass this on to friends overseas!

SignUp for the Daily updates on policy, politics and the players  in your inbox

On this Giving Tuesday, please make a $10, $25 or $50 contribution to DemList to support our work

March 27, 2019 While the presidential election dominates election news, there are hundreds of other races up in 2020 that will impact control of the United States Senate and House, state houses...