Thirteen states have now postponed or extended their Democratic presidential primaries due to the coronavirus pandemic, and they won't be the last.

As the country faces truly unprecedented challenges, the impact on politics has turned the presidential and the primary schedule upside down, putting to test all Party by-laws, rules and regulations.

Uncharted Territory
While some states have postponed their presidential contests by weeks or months, others, like Alaska, Hawaii and Wyoming, the next primaries up on April 4th, have cancelled in-person voting and extended their vote-by-mail programs and dates, essentially delaying their primary dates.

A majority have postponed their primaries to June 2nd, one week shy of the June 9th deadline under DNC By-Laws for holding state presidential contests.

State primary and delegate selection plans are submitted a year in advance to the DNC for review, and subsequent changes must be approved by the DNC Rules and By-Laws Chairs or Committee.

Under the new normal imposed by the novel coronavirus crisis, the DNC is working daily with state parties as those plans and the calendar are disrupted by the pandemic. 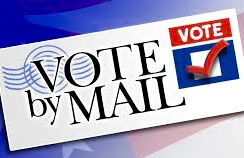 August 19, 2022 We are now 80 days out from the midterm elections! DemList has posted the 2022 Election Calendar on our site, which includes all US Senate, House, and gubernatorial primaries...

November 2, 2018 At four days away from Election Day, control of the US Senate will come down to a handful of races, and be the ultimate test of whether President Trump is an advantage or...