The decision closes a chapter in a tragedy that ignited the largest civil rights uprising in decades and forced a nation to reckon with its record on racial injustice. 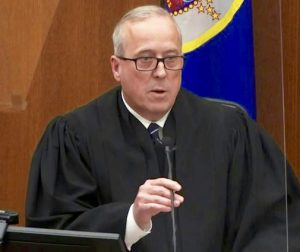 The Decision
In delivering his decision, Judge Cahill stated at the outset that his comments would be brief, adding that, "opposed to trying to be profound here on record, I prefer that you read the (22-page) legal analysis that explains how I determined the sentence of this case."

Stating that the job of a trial court judge "is to apply the rule of law to the facts of an individual and specific case," Cahill emphasized that his decision was not based on emotion, sympathy, public opinion, or "on any attempt to send any messages."

Cahill acknowledged the "deep and tremendous pain" of all parties involved, "especially that of the Floyd family. You have our sympathies."

The judge noted that, under Minnesota law, counts two and three will remain unadjudicated as they are lesser offenses of count one, and that Chauvin is granted a credit for 199 days already served. 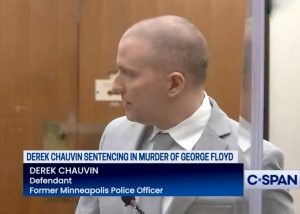 Chauvin to Floyd family: Hopes future information will provide "some peace of mind"

Chauvin himself spoke for only one minute prior to the sentencing announcement, saying that, while he was unable to provide a full statement due to "additional legal matters at hand," he did "want to give my condolences to the Floyd family. There's going to be some other information in the future that would be of interest and I hope things will give you some peace of mind."

Meaningful Change
In the wake of the protests over Floyd's death and those of other black people at the hand of white police officers, over 3,000 police reform bills banning dangerous law enforcement practices have been proposed across the country. Of those, 264 have passed across 30 states and DC.

On March 3rd, the House passed the George Floyd Justice in Policing Act of 2021, which would prohibit racial profiling at every level of law enforcement, ban chokeholds, carotid holds and no-knock warrants, institute a national police misconduct registry and overhaul legal protections under qualified immunity, among others. 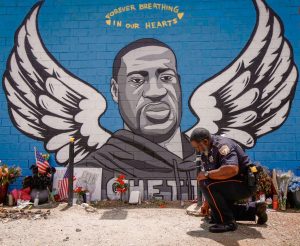 It now awaits action by the Senate Judiciary Committee. While there is bipartisan support for passing police reform legislation, opposition from the GOP to certain provisions has stalled the bill in the Senate.

The biggest hurdle is over the legal doctrine of qualified immunity, established by the Supreme Court in 1967, which shields state and local government officials, including law enforcement officers, from most liability in civil suits.

The Last Chapter
The three other officers involved in Floyd's murder have been charged with aiding and abetting. Thomas Lane, J. Alexander Kueng and Tou Thao are scheduled to be tried jointly on March 7, 2022.