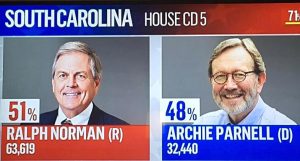 In the 115th Congress (2017-2018), an unprecedented 52 Members of the US House have announced their resignations, retirements or plans to vacate office to run for another office -17 Democrats and 35 Republicans.

The growing number of departures is attributed in part to the turbulent political environment under the Trump presidency, and in part to a wave of sexual misconduct allegations that have forced a number of lawmakers to leave Congress early.

When a Member departs office early, a special election must be called. To-date there have been seven federal (US House or Senate) special elections and four additional "specials" will be held this year.

2017 Special Elections
In 2017 Republicans won, or held onto, all five of their Congressional seats in Kansas (4th CD), Montana (At-Large), Georgia (6th CD), South Carolina (5th CD) and Utah (3rd CD), and Democrats held onto their one Congressional in California 34, and flipped the only US Senate election (Alabama) to their control.

At first glance it sppears to have been a wash, with no House gains for either party, but a closer look at the voter performance of those races paints a positive picture for Democrats, who came within 7% points of winning in three states where Trump beat Clinton last November by 18+%.

Traditionally special elections are a foreshadowing of what can be expected in the mid-term elections. If the narrow victory margins in the traditionally Republican seats are an indication of voter discontent with Trump, whose approval rating stands at 41%, Republicans may be facing huge losses next November. 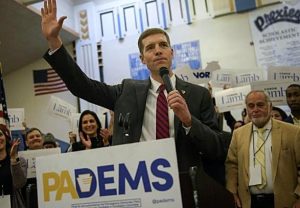 Regardless of the outcome of the 2018 special elections, the growing number of GOP Members exiting the fray -- now more than twice that of Democrats -- sets up an encouraging scenario for the net gain of 24 seats Dems need to take control of the US House.