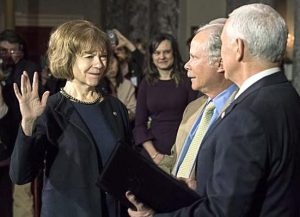 While three of the GOP seats are open following the declared retirements of Jeff Flake (R-AZ), Bob Corker (R-TN) and now Orrin Hatch (R-UT), all the Democratic seats are held by incumbents running for re-election, with the exception of Minnesota.

Republicans may also be facing two additional special elections in 2018 if Senators John McCain (R-AZ), who is not up until 2022, and Thad Cochran (R-MS), up in 2020, are forced to retire early for health reasons.

By most assessments, as of today, control of the US Senate will come down to key contests in Indiana, Missouri, Nevada, North Dakota, West Virginia and Wyoming.

The Status of the Senate

The Status of the House

In additional to the US Senate races, all 435 Members of the US House of Representatives are up in 2018, and they are exiting in record numbers.

With just two-year terms, House incumbents are much more vulnerable to the political environment and, between the Trump backlash and the growing number of sexual harrassment allegations, an unprecedented 39 Members have announced their resignations, retirements or plans to vacate office to run for another office. 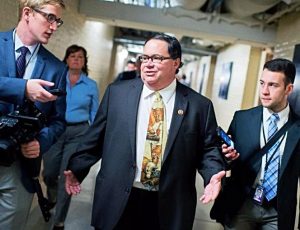 Of those, 25 are Republicans and 14 Democrats, bringing chances of a Democratic takeover closer, but still far from the net gain of 24 seats needed to take the majority.