It has been 20 years since a group of al-Qaeda terrorists hijacked four airplanes and, in a coordinated plan, carried out the worst terrorist attack in United States history. 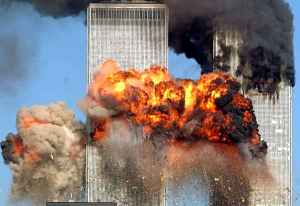 The Attack
At 8:46am on September 11, 2001, American Airlines Flight #11 was forced to crash into the North Tower of the World Trade Center in New York City's lower Manhattan.

17 minutes later, at 9:03am, United Airlines Flight #175 crashed into the South Tower, resulting in the collapse of both 110-story buildings within an hour and forty-two minute period.

24 minutes later, at 9:37am, a third plane, American Airlines Flight #77, crashed into the Pentagon in Arlington, Virginia, leading to a partial collapse of the building's west side.

The fourth plane, United Airlines Flight #93, believed to have been headed for the US Capitol, crashed in a field near Shanksville, Pennsylvania at 10:03am, after its passengers bravely sacrificed their lives to thwart the hijackers. 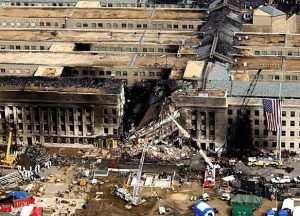 Flight #727 crashed into the Pentagon

While a new generation of Americans learns about the devastating assault on our country every September 11th, those of us living during the attack will forever remember where we were at the time and the reality that pierced our way of life and the seemingly safe bubble of our homeland.

The Victims
For the families of responders and victims who subsequently died from toxic exposure, and the thousands of those who continue to suffer long-term health effects, the assault is still very real.

Medical examiners still work daily to match the remains of the 2,753 ground zero victims, 40% of which have still not been identified. 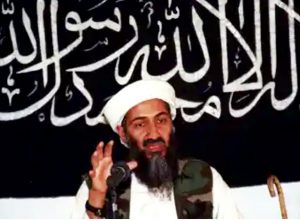 Al-Qaeda leader Osama bin Laden, who masterminded the 9/11 attack, was captured and killed under the direction of President Barack Obama May 2, 2011 (AFP)

The original VCF operated from 2001-2004 but was reactivated under the James Zadroga 9/11 Health and Compensation Act of 2010 (Zadroga Act), which President Barack Obama signed into law on January 2, 2011. 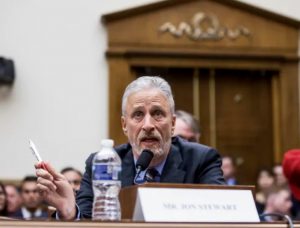 Comedian Jon Stewart has been a fierce VCF advocate. His moving 2019 testimony (click)

On July 29, 2019, the Never Forget the Heroes: James Zadroga, Ray Pfeifer, and Luis Alvarez Permanent Authorization of the September 11th Victim Compensation Fund Act was signed into law authorizing funding of the VCF through the year 2092.

The Threat Within
The 20th anniversary of 9/11 comes as our nation is still reeling from its homegrown domestic terrorist attack January 6, 2021 on the US Capitol.

Each September 11th is a painful reminder of those we lost, but also of the way Americans came together and triumphed in spirit over those who attempted to divide us. It is a lesson in history, we hope, that continues to teach.

June 11, 2019 Although the Iowa Caucus is still almost eight months way, 19 Democratic candidates flocked to the state last weekend to court the coveted support of the state’s voters. First...

October 15, 2020 The confirmation hearings for the nomination of Amy Coney Barrett to be the next Supreme Court justice concluded today, wrapping up four days of testimony before the Senate...